I. Making the MAP process robust and transparent

In its resolve to make the MAP process robust and transparent, the Indian Revenue contin­ues to have the following key resolution parameters in its updated Guidance:

It has been observed in recent years that the Indian Revenue has been proactive in resolving matters under MAP with an intent to provide transparency, clarity and resolutions for taxpayers.

The applicability of safe harbour rules for specified transactions has been extended for FY 2021-22 to provide certainty to Indian taxpayers. Some of the commonly entered into international transactions and their applicable safe harbour rates are: 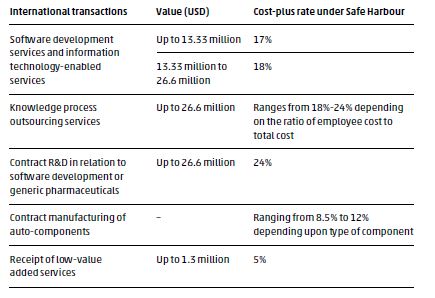