According to the UN, more than 6.5 million Ukrainians became refugees and temporarily left Ukraine. Also, many expatriates have left Ukraine since the active combat actions started. Many of these people continue working for Ukrainian companies remotely.

Regardless of the duration of the presence of a Ukrainian citizen abroad, in most cases he/ she should be considered as a Ukrainian tax resident, unless he/she has passed the proce­dure of departing for permanent residence abroad. Such individuals are liable in Ukraine for reporting and taxation of their worldwide income (both Ukrainian-sourced and foreign income).

Expatriates who stay and work in Ukraine mostly are considered to be non-residents for tax purposes, liable to report and have taxed only their Ukrainian-sourced income.

Such a mechanism for paying taxes on salaries in Ukraine makes it practically impossible to offset the amounts of taxes paid abroad against Ukrainian taxes and vice versa, which causes double taxation.

Ukrainian tax legislation does not envisage any possibility for reconsidering the current mechanism for payment of taxes by the Ukrainian employer.

When the issue concerns a non-resident of Ukraine, the offsetting of taxes paid in Ukraine shall be carried out against foreign taxes if it is allowed under the local legislation of a foreign country. Then the offset might be very complicated due to peculiarities of the form in which the Ukrainian tax authority confirms the amount of taxes paid by a Ukrainian employer.

For instance, the issue was brought to the attention of the OECD, which was urged to issue formal recommendations somewhat like the ones related to COVID-19, providing that the stay in the host country because of force-majeure circumstances shall not be counted for the purposes of double tax treaties implementation. So, we expect the issue to hopefully be resolved soon.

Meanwhile, to avoid double taxation, an individual who believes that he/she may be subject to double taxation might initiate a special procedure of mutual adjustment, envis­aged by the double tax treaties of Ukraine and by the tax code of Ukraine.

Yet, to apply for such a procedure in Ukraine, the individual shall have on hand a decision of a foreign tax authority, which implies that he/she shall be taxed abroad regarding his/her Ukrainian income.

To avoid double taxation for future periods the employee could officially work abroad. Then an individual receives remuneration from a foreign employer subject to taxation abroad under the local legislation. Such remuneration shall be deemed in Ukraine as the individual’s foreign income. In this case, the individual can only offset taxes paid abroad against Ukrainian Personal Income Tax. Yet this does not solve the problem of previous periods. 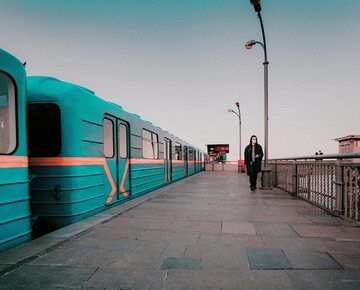 November 2021 saw Ukrainian Parliament approve a bill introducing another set of amendments to the Tax Code of Ukraine, taking effect from 1 January 2022. 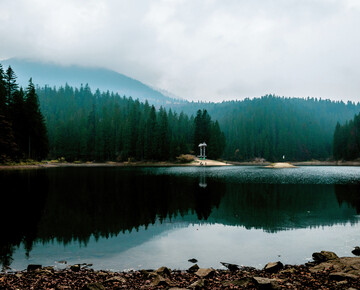