Following the official launch of the RCEP at the 2012 ASEAN Summit in Cambodia, the RCEP was finally concluded after eight years of negotiations. The RCEP has 15 signatories, with India having withdrawn from negotiations in early 2020. Nonetheless, India has been granted observer status to the RCEP should it wish to engage in further negotiations at a later stage.

The RCEP is the world’s largest free trade agreement to date, with its constituent members comprising US$ 26.2 trillion, or approximately 30% of global GDP, nearly 28% of global trade and about a third of the world’s population based on 2019 figures.

The RCEP is a comprehensive free trade agreement. It will eliminate over 90 per cent of tariffs on imports between its signatories. It builds on the existing ASEAN Plus One framework and establishes common rules to address issues such as intellectual property rights, e-commerce, competition and government procurement.

The Agreement is more comprehensive and in-depth when compared with the existing ASEAN Plus One FTAs. It comprises a total of 20 chapters such as, inter alia, Trade in Goods, Rules of Origin (“ROO”), Trade in Services, Investment, Intellectual Property, Electronic Commerce, Competition, Small and Medium Enterprises, Government Procurement and Dispute Settlement.

An analysis of some of the key features of the RCEP is set out as follows.

Key Features of the RCEP

Trade in Goods and Rules of Origin

One key element of the RCEP is the introduction of key elements for the reduction or elimination of customs duties across multiple key tariff classification codes over a 24-year phase-in period. Each Member State has its own schedule of tariff commitments which states the base rates (or the most-favoured nation applied rate of customs duty of each Member State as of 1 January 2014) as well as the timeframe for elimination of tariffs. The schedule also states which tariff lines are excluded by the tariff reduction commitments by each Member.

The product-specific ROOs are extensive and comprise the following rules: (a) 40% regional value content; (b) change in tariff classification at the 2-digit, 4-digit and 6-digit levels; and (c) chemical reaction. Where tariff lines have more than one applicable ROO, the exporter shall have the right to choose which rule to use for purposes of origin determination.

Of significance in the direct consignment rule is that where qualifying goods are transported through one or more Member States or non-Member States, the goods will only continue to qualify for preferential treatment under the RCEP if: (a) they have not undergone any further processing in that intermediate location except for logistic activities; and (b) they remain under the control of the customs authorities in the intermediate location.

The RCEP also provides for specific commitments in the annexes on financial services, telecommunication services and professional services.

The Investment chapter includes a broad range of investment protection rules such as: (a) National Treatment; (b) Most-Favoured-Nation Treatment; (c) fair and equitable treatment and full protection and security; (d) prohibition on performance requirements; (e) transfers; (f) compensation for losses; (g) subrogation; (h) expropriation; and (i) denial of benefits.

These covered investments include the following forms of investments such as: (a) shares, stocks and other forms of equity participation; (b) bonds, debentures, loans and other debt instruments; (c) rights under contracts; (d) intellectual property rights and goodwill; (e) claims to money or to contract performance related to a business; (f) concessions, licences, authorisations and permits, including those for the exploration and exploitation of natural resources; and (g) movable and immovable property and other property rights.

However, the RCEP notably does not contain an investor-state dispute settlement mechanism (“ISDS”) and instead provides that parties should discuss this topic within two years after the date of entry into force of the RCEP. It also excludes access to ISDS in other investment agreements that the RCEP members may have through the RCEP’s MFN clause.

The RCEP provides for the protection of intellectual property rights beyond the level of the WTO Agreement on Trade-Related Aspects of Intellectual Property Rights (“TRIPS”) Agreement, in areas such as technological protection measures and enforcement in the digital environment.

Notably, the RCEP has introduced an Electronic Commerce chapter which aims to promote e-commerce amongst the Member States, the wider use of e-commerce globally and enhance cooperation among the Members in this regard through the adoption of e-commerce-friendly legal frameworks. Member States have also agreed to maintain the current practice of not imposing customs duties on electronic transmissions, which is in line with the WTO Ministerial Decision on Digital Goods.

Aside from the new RCEP Agreement and ASEAN’s FTAs, some other major Asia-Pacific trade deals include the recently proposed New Supply Chain Pact initiated by India, Japan and Australia, a relatively newer agreement that aims to diversify and build stronger supply chains in an attempt to reduce supply chain dependence on China and the Comprehensive and Progressive Agreement for Trans-Pacific Partnership (“CPTPP”).

The CPTPP has 11 members, with 7 of them also being RCEP Participating Countries. The other members of the CPTPP include Canada, Mexico, Peru and Chile. The CPTPP is the successor to the Trans-Pacific Partnership (“TPP”), from which the United States withdrew in 2017 under the Trump Administration. All original TPP parties, except the U.S., agreed in May 2017 to revive the agreement and the CPTPP was signed in January 2018 with effect from 30 December 2018. In January 2018, the government of the United Kingdom expressed its interest in joining the CPTPP to stimulate exports after Brexit.

Compared with the RCEP, CPTPP provides for a greater elimination of tariffs (approximately 99%) on imports between member countries. Furthermore, whilst the RCEP does not focus on labour rights, environmental protections, and dispute resolution mechanisms, the CPTPP emphasises higher-level labour and environmental standards and attempts to place some restrictions on state-owned enterprises.

Businesses should take a close look at the RCEP and capitalise on the following benefits of the Agreement:

a. Businesses with existing global value chains in the Asia Pacific region or which intend to set up Asian supply chains should review the RCEP to consider whether there are factors (e.g. duty savings opportunities) that may impact their decisions on structuring their manufacturing, sourcing and distribution operations in the region.

b. Businesses should also consider the interaction between the RCEP and other FTAs in the region (e.g. CPTPP, Asia Pacific Trade Agreement, other bilateral FTAs with Member States and other FTA parties) to determine whether existing global value chain arrangements can be further optimised to increase the efficiency of supply chain operations with non-Member State jurisdictions.

d. Where the RCEP or other FTAs provide preferential market access for the same goods or services, businesses will need to be very careful when electing which preferential arrangement to rely on. In many cases, once an election is made to rely on preferential access under a specific FTA, that decision cannot be changed subsequently during a verification audit.

e. Market access commitments in the Trade in Services chapter and country schedules should also be reviewed to ascertain whether existing foreign investment restrictions and market access barriers can be overcome through the use of the RCEP.

f. The investment protection measures should be reviewed to ensure that investments are able to enjoy the legal protections under the RCEP as well as other FTAs and investment treaties.

g. Entrepreneurs and small and medium enterprise owners should also review the RCEP to ensure that they are able to benefit from the enhanced market access under the agreement. Used carefully, the RCEP could go some way to enable better access for their goods and services to foreign markets in a manner which is safe and enjoys investment safeguards.

Tax executives lead the way to resilience and recovery. 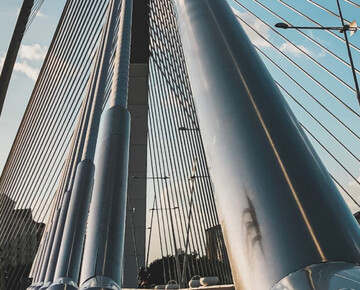 Through Resilience to Recovery in Asia Pacific
Read more

China will see major changes take effect in 2022 regarding the tax honeymoon for expatriates - and this is definitely worth thinking about already now. 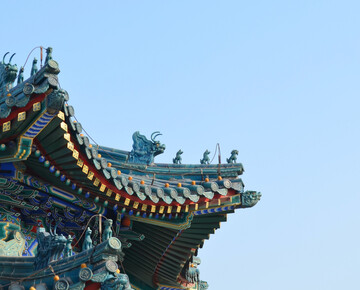 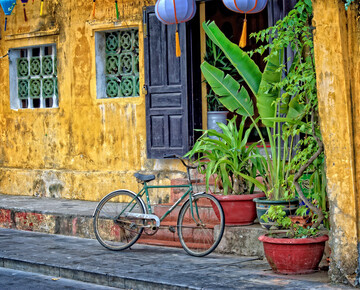 Does having an employee in Vietnam create a permanent establishment?
Read more