Key Facts
The new Spanish Law on Waste and Contaminated Soils restricts the introduction of certain plastic products and establishes both a tax on single-use plastic to prevent waste generation and a tax on waste disposal and incineration.
Author

The new Spanish Law on Waste and Contaminated Soils restricts the introduction of certain plastic products and establishes both a tax on single-use plastic to prevent waste generation and a tax on waste disposal and incineration.

Overview of the EU initiative on the plastic tax

In July 2020, EU Member States agreed to introduce a levy on non-recycled plastic packaging waste from 01.01.2021 as a new source of own resources to finance the EU budget. This plastic levy is to be paid by the Member States and is intended to compensate for the COVID 19-related additional burdens. To refinance the levy, some states like Spain have already drafted concrete legislative proposals for the introduction of a new plastic tax. The plans are also particularly advanced in Italy and Great Britain. Others states have announced that they do not want to introduce a new tax at all. Most countries have only very vague plans. An EU-wide harmonisation of the plans is currently neither planned nor in sight.

The Spanish tax on single-use plastic

The Spanish draft Law on Waste and Contaminated Soils (the “draft law”) reviews and updates the current regulation, which dates from 2011, in order to comply with the new guidelines and the new waste goals established by the EU in its Circular Economy Package, as well as the objectives of the Single-Use Plastic Directive.

The draft law will include, for the first time in Spanish legislation, limitations on single-use plastic that restrict the introduction of some of them and establish a tax on single-use plastic to prevent waste generation. The draft law also introduces a tax on waste disposal and incineration, in order to minimise these activities and promote prevention, reutilisation and recycling. Both new taxes are designed as indirect taxes.

The draft law, which was approved by the Spanish Council of Ministers in June 2021 and is now being debated in the Spanish Parliament, is expected to enter into force in the third quarter of 2021, subject to the normal course of the remaining legislative proceedings.

According to the draft law, the taxable base is the quantity of non-recycled plastic, and the tax rate is set at 0.45€/kg. Single-use plastics that are not designed to be delivered jointly with the goods that they contain, protect or manipulate (e.g. phone covers), are excluded from the tax’s scope. In addition, the draft law includes tax exemptions for imports or acquisitions within the EU of packaging made with less than 5 kg of recycled plastic, and the plastic containers used for the protection, manipulation, distribution and presentation of special medical, agricultural and livestock products.

Each taxpayer who is subject to the single-use plastic tax may apply a deduction or request a refund for the amount paid for products that:

(i) have been sent outside the territory within the tax’s scope; or

(ii) are not usable anymore or have been destroyed; or

(iii) have been returned for their destruction or reincorporation into the manufacturing process.

The text also includes the right to request the refund when it is proved that the products are intended for uses that are outside the tax’s scope.

The tax return should be filed on a quarterly basis, with prior registration in the Local Registry of the single-use plastics tax and the appointment of a tax representative in the case of non-resident taxpayers. Certain manufacturers and acquirers of single-use plastics within the EU should also keep accounting books of their stock.

The quantity of non-reusable plastic and the amount of tax accrued should be indicated in each invoice. The draft law includes a iuris tantum presumption by which, when the invoice does not include the amount of single-use plastic, it should be assumed that the product has been manufactured only with reusable plastic.

Even though the draft law does not expressly state the recharge of the tax to the recipients of the products, as is the case in other taxes (e.g. fluorinated greenhouse gases or excise duties), the text does develop how the cost could be passed on to such recipients. Hence, it can be inferred from the spirit of the draft law that it provides for the option of passing on the cost of this tax to the ultimate recipients.

In line with the excise duties regulation, the draft law includes a penalty regime for various infringements including non-compliance with certain formalities or incorrect certification of the quantity of recycled plastic. The penalties vary depending on the infringements, and they may consist of a fixed penalty or a penalty proportional to the undue tax benefit.

Lastly, it is important to note that the broad definition of single-use plastic included in the draft law establishes that the tax is levied on plastic products based on their function and not on their nature. Hence, only those single-use plastics that are designed to contain other goods will be subject to the new tax, which raises a lot of questions regarding which taxpayers will be affected by it. Therefore, we recommend all economic operators to examine their activities in order to assess the potential impact of this new tax.

The tax on waste disposal and incineration

The other tax introduced by the draft law also aims to advance the circular economy and waste recycling. Even though the tax has been set up as a state tax that applies in the whole Spanish territory, it is envisaged that it will be transferred to the different autonomous regions.

The tax is levied on waste disposal and landfill valuations or in special incineration or co-incineration sites, either public or private, located in the Spanish territory, with certain exemptions (examples include in the case of legal obligation, special circumstances of force majeure, or for restoration and construction purposes). The taxable base is determined by the weight of waste, in metric tons. The tax rate ranges between 0 and 40 euros per metric ton, depending on the waste treatment facility and the type of waste.

As with the single-use plastic tax, taxpayers subject to the tax on waste disposal and incineration are obliged to register and submit the corresponding tax returns, and managers of landfill and incineration facilities may also need to comply with certain formalities. 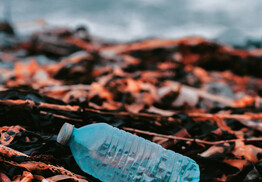