The massive expansion of electromobility in recent months is affecting many areas. After electric car purchases had for a long time remained at a low-level, new registration figures for pure battery vehicles and plug-in hybrids multiplied last year. Car buyers registered 194,000 new battery vehicles in 2020 - 30,000 more than in the combined previous seven years. These developments have also led to a need for action in the area of electricity tax.

In 2018, various clarifications and simplifications for electromobility were introduced in the Electricity Tax Act. As a result, there are now explicit regulations for most of the classic electricity supply constellations in the e-mobility context, including:

In practice, however, new models, contractual arrangements and supply constellations are constantly emerging. For example, various service providers, such as charging station operators and roaming service providers, are being integrated into the electricity supply chain between energy suppliers and electricity users. Private customers no longer only want to fill up with electricity at their own or public charging points, but also want to generate their own electricity and sell it to third parties.

This is where the current electricity tax law has reached its limits, with a risk of double taxation and uncertainties about determining the tax debtor.

Companies in the manufacturing sector must deduct the electricity used for electric vehicles when applying for tax reliefs for energy-intensive companies. Such consumption is not eligible for a tax concession. This applies regardless of whether the electric cars have been used for the company's own operations or for other purposes. Since 2020, the official forms for tax relief explicitly ask whether the electricity claimed for relief has been used for electromobility purposes.

It should be noted that electromobility in the electricity tax sense includes all externally chargeable vehicles with a road traffic permit, i.e. both pure battery electric vehicles and plug-in hybrids.

In contrast, electric vehicles that do not have a road traffic permit and are only used on company premises, such as electric forklifts or lift trucks, are not an issue. They do not fall under the electricity tax definition of electromobility and therefore do not have to be excluded from the subsidised electricity quantities in tax relief applications. Electric bicycles used only on company premises also continue to be eligible for tax relief.

The Electricity Tax Ordinance provides a simplification rule for the delimitation of electricity quantities in tax relief applications. To the extent that electricity quantities used for electromobility cannot be determined accurately due to the non-existence of measuring or counting devices, a proper estimate that can be verified by a third party is permissible.

Unfortunately, however, electricity tax law is not the only legal framework to be observed. If, for example, benefits under the Renewable Energy Sources Act (EEG) are to be claimed, then measurement in compliance with calibration law is generally required. Also if the electricity is to be sold, then calibrated meters are regularly required.

Fortunately, such a simplification rule came into force in 2018. To the extent that electricity that has already been taxed is purchased exclusively from the energy supply company and it is supplied exclusively for the purposes of electromobility, then this does not lead to supplier status. It is also irrelevant to whom the electricity is supplied, such as to own employees or third parties. In this case, registration and electricity tax registrations are not required.

In practice, there are currently often problems with the interaction between the tax benefits for decentralised self-generation and the simplifications for electromobility. The result is usually additional compliance work with comparatively low additional tax burdens. 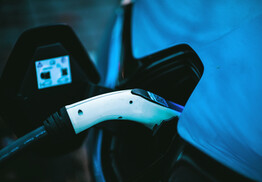 On 20 July 2022, the UK government published draft legislation on the Pillar Two Income Inclusion Rule (IIR) and its response to the public consultation on the UK Implementation of Pillar Two with the governmental position in the key areas. 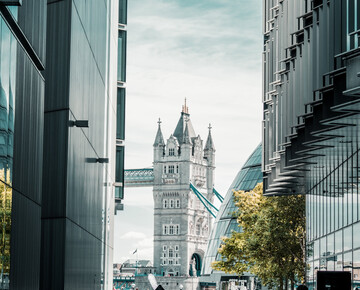