On August 16, 2022, President Joe Biden signed the Inflation Reduction Act of 2022 (the “Act”) into law. The Act represents a significantly scaled back version of the Build Back Better Act of 2021 which was not ultimately passed by Congress.

The Act resurrects the corporate alternative minimum tax (AMT) which was eliminated by the Tax Cuts and Jobs Act of 2017, however in a significantly different structure and only applicable to select corporate taxpayer’s as outlined below.

The AMT implemented under The Act is based on Financial Statement Income (book income) as opposed to taxable income and/or AMT taxable income. The new AMT regime is effective for tax years beginning after December 31, 2022 (i.e. tax year ended December 31, 2023 for calendar-year taxpayers).

In summary, the AMT imposes a 15% minimum tax, based on Adjusted Financial Statement Income (“AFSI,” defined below), for corporations with average annual AFSI, over a three-year period, in excess of $1 billion (referred to as an “Applicable Corporation”).

Specific rules are applied in calculating AFSI involving consolidated groups and ownership in non-consolidating entities such as non-U.S. corporations and partnerships.

Other adjustments are made for foreign tax and other general business credits (“GBCs”).

A U.S. corporate subsidiary in a foreign-parented group can be subject to the AMT if :

For purposes of the income test, the Act generally treats AFSI of all persons considered a single employer with a corporation under Internal Revenue Code Sections 52(a) or (b) as AFSI of the corporation.

Importantly, and in what many view as a win for the private equity industry, the provision does not include an expanded aggregation rule, which ensures that the provision does not apply to unrelated companies that might otherwise satisfy the USD 1 billion threshold as a result of being under common ownership of an investment fund.

Observation:  If a corporation does not/has not satisfy AFSI requirements of $1 billion annual average income then the corporation is not subject to the revised AMT regime. However, careful consideration must be given to foreign-owned U.S. corporations as the criteria for meeting the AFSI requirements is significantly lower.

Similar to the pre-2018 Corporate Alternative Minimum Tax regime, the tentative minimum tax is then compared to the Applicable Corporation’s regular tax plus BEAT tax (if applicable) to determine if an increase to the taxpayer’s overall tax obligation is necessary.  To the extent that an Applicable Corporation is required to increase its current year tax liability to equal the tentative minimum tax, a Minimum Tax Credit Carryforward is generated. The Minimum Tax Credit may be carried forward indefinitely and claimed against regular tax in future years (to the extent regular tax exceeds the AMT plus BEAT).

It is currently unclear how the AMT will interact with the OECD Pillar Two 15% minimum tax. However, some key differences from the Pillar Two rules may be indicated as below.

Therefore, the AMT may be neither a qualified domestic minimum top up tax nor a qualified income inclusion rule for Pillar Two purposes.

A taxpayer that pays AMT likely has increased its ETR for Pillar Two and will reduce the likelihood of the application of the undertaxed payments rule to its US operations. However, in a subsequent year where AMT credit carryforwards are applied against the taxpayer’s regular U.S. tax liability, the ETR for Pillar Two purposes would then be reduced.  In other words, Pillar Two rules could result in a minimum tax position while for US tax purposes the AMT is just a temporary item.

There are several additional uncertainties with respect to the interaction of Pillar Two and the AMT:

Given the significant amount of uncertainty around the interaction of the AMT with Pillar Two, added to an already existing lack of clarity on the interaction between the U.S. GILTI rules and Pillar Two, taxpayers should closely follow developments from Treasury as it works to implement the AMT.

Taxpayers should also work to incorporate the AMT into their Pillar Two modeling/planning ahead of the AMT’s applicability in 2023. 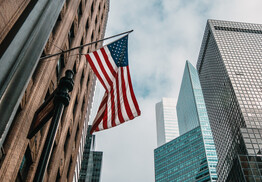