The Austrian VAT Code has some specific features that are worth highlighting given the provisions of the main VAT Directive 112/2006. The principle deviation in Austrian value added tax rates compared to the Directive stems from the fact that Austria stipulated the following two exceptions in the Accession Treaty with the European Union:

In general, the letting of immovable property for residential use is "non-genuine" (without the right to deduct the input VAT incurred in the prior production and distribution processes) exempt from VAT according to the main VAT Directive (Article 135 (1) point l)). In Austria, residential letting revenues are charged at a reduced rate of 10%. This key deviation from the general VAT Directive rule is stipulated in Article 117 (2) and is unlimited. It should be mentioned that renting parking spaces is not included in this deviation and is subject to the normal rate of 20%.

Furthermore, a reduced value added tax rate (“parking rate”) of 13% applies to the supply of wine produced and sold by farmers (see Article 119 for this special deviation).

Reverse charge option according to Articles 199 and 199a

Articles 199 and 199a contains the application of a domestic reverse charge mechanism for construction services, including repair, maintenance and cleaning; supply of greenhouse gas emission allowances, supply of immovable property (where the supplier has opted for taxation of the supply), etc. The entitlement to pick one of the listed types of revenue to make it subject to the obligatory reverse charge mechanism is optional for Member States. Austria has implemented the reverse charge for several supplies: construction services, supplies of goods provided as security, supplies following the cession of reservation of ownership, supplies of immovable property sold by a judgment debtor in a compulsory sale procedure, sale of industrial waste or recyclable waste, supply of game consoles, tablets and laptops, supplies of mobile phones and integrated circuits, supplies of gas and electricity certificates, supply of greenhouse allowances.

Article 12 of the main VAT Directive provides an option regarding treatment as a taxable person for those who carry out the following transaction occasionally:

Austria did not exercise this option.

If an entrepreneur without a registered office, regular residence or fixed establishment in Austria (irrespective of whether the entrepreneur is situated in the EU or in a third country or uses his VAT identification number) carries out taxable supplies in Austria (exception: Decree 584/2003 and supplies of services regarding admission to cultural, artistic, scientific, educational, athletic, entertainment and similar events) the recipient of the supply qualifying as a taxable person or as a non-taxable legal person has to withhold the VAT due for the supply and pay it to the foreign business’ tax account at the Austrian tax office of GrazStadt. This means the recipient will be held liable for any tax loss if the regulation is not observed. The withholding scheme mainly applies to the supply of goods because supplies of services and installations are already covered by the reverse charge system.

Chain transactions are not regulated separately under Union law. The financial authorities of the individual Member States insist on their own positions. In a preliminary ruling procedure conducted by the Austrian Federal Finance Court (Bundesfinanzgericht), the European Court of Justice recently confirmed the Austrian stance with regard to the allocation of “moved supply” of goods that is zero-rated as an intraCommunity supply of goods. According to the Austrian tax authorities, the allocation of “moved supply” is based exclusively on the transport order.

In the case (21 February 2018, C 628/16 Kreuzmayr) between Austria and Germany, the first party in the chain (Germany) was not informed of the sale of the goods through its customer (Austria), and the third party (Austria I) in the chain was in charge of transporting the goods. DE zerorated its sales regarding them as exempt intra-community supplies. As the second supply was invoiced as a local supply in Austria, the question arises of whether the third party in the chain is entitled to deduct the input VAT with regard to the invoiced VAT.

As a result the ECJ has ruled that the intentions of the intermediate purchaser at the time of its acquisition must be taken into account. The prerequisite for this is that the intentions are recognisable based on objective considerations. Moreover, the ECJ stated on the basis of Article 32 (1) that the third party in the chain is not entitled to deduct the input VAT with regard to the incorrect invoice which included local Austrian VAT because the “moved supply” is attributable to the second supply, and thus constitutes a zero-rated intra-Community transaction. The Austrian VAT was therefore incorrectly shown on the invoice from AT to AT I, which is why the end customer (AT I) is not entitled to deduct input tax. The judgment demonstrates the practical difficulties surrounding the application of the 0% VAT rate in chain transactions.

Taxation of the Digital Economy in Europe
Mehr lesen 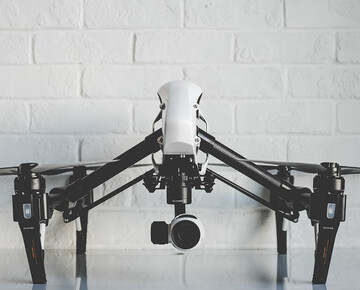 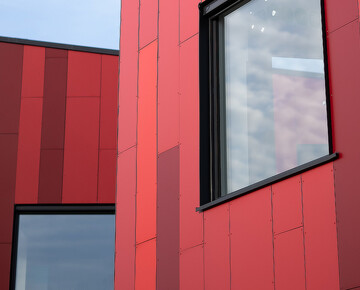