The CJEU rules against the Swedish interest deduction limitation rules

In the Lexel case, the European Court of Justice concludes that the so-called “10% rule” of the former Swedish interest deduction limitation rules is incompatible with EU law

Key Facts
The European Court of Justice ruled that the so-called ten percent rule in the former Swedish interest deduction limitation rules was in conflict with the EU freedom of establishment.

On the 20 January 2021, the Court of Justice of the European Union (CJEU) published a preliminary ruling in the Lexel case (C-484/19) in which the court concluded that the ten percent rule, in force from 2013 to 2018, in the Swedish interest deduction limitation rules, is in conflict with EU-law.

BACKGROUND AND FACTS OF THE CASE

The Swedish company then asked for a tax deduction for the interests paid, which was denied by the Swedish Tax Agency on the grounds of chapter 24 paragraph 10d third
subparagraph (the so-called “ten percent rule”) in the Swedish Income tax law (IL). National Swedish legislation does not allow interest deduction paid to another company within a group of affiliated companies if the main reason for the debt arising is for the affiliated company to benefit from substantial tax advantages.

The decision to deny the company deduction was - ultimately - appealed to the Swedish Supreme Administrative Court (SAC). In June 2019 the SAC decided to refer the case to the CJEU for a preliminary ruling. In the request for a preliminary ruling SAC asked if the Swedish prohibition of deductions of interest constituted an obstacle to the freedom of establishment, which is prohibited by EU law.

THE PRELIMINARY RULING OF THE CJEU

As mentioned above, the CJEU concluded that the so-called ten percent rule is in conflict with EU-law (the freedom of establishment). The CJEU based its assessment on, among others things, the fact that the government bill to the Swedish legislation regarding the ten percent rule concludes that the rule was not meant to apply to companies that are able to tax consolidate through group contributions. Since the rules on group contributions only apply to companies that are taxable in Sweden, cross-border groups are treated differently from groups resident in Sweden.

Consequently, the CJEU held that the Swedish rules entail a difference in treatment which has a negative impact on the companies' ability to exercise their freedom of establishment.

This difference in treatment cannot be justified by reference to the need to prevent tax avoidance or abuse, or to the need to ensure a balanced allocation of taxing rights between Member States. Also, a combination of these two grounds of justification cannot be accepted. Hence, the CJEU concluded that the Swedish rules are incompatible with the freedom of establishment.
The Lexel case is now referred back to the SAC for a final decision. In our view a final decision from the SAC can be expected within six to nine months.

The judgment is primarily applicable to Swedish companies that have been denied deductions for interest paid to parent or sister companies in other member states, between which the Swedish company would have been able to exchange group contribution should they have been Swedish. However, the applicability of the judgment may be much wider than this.

For example, in view of the CJEU’s decision in Lexel, the new rules, introduced as of January 1st, 2019, and the rules applicable prior to the rules in force from 2013 to 2018, may also in part be contrary to the freedom of establishment.

The principles of the case may also have bearing on similar rules in other member states. For example, the CJEU is very firm in upholding its previous case law regarding which justifications may be acceptable when infringing the freedom of establishment. It is clearly not possible to justify an obstacle to the freedom of establishment by attempting to defend the tax base in a single member state, which Sweden tried to do in this case.

In the Netherlands, there is an interest deduction limitation rule similar to the interest deduction rule at stake in the Lexel case. The Dutch rule, which is laid down in article 10a of the Dutch corporate income tax act 1969 (“CITA”), prevents deduction of interest on intra group loans which have been used for certain tainted transactions, unless the business reasons of both the loan and the transaction can be demonstrated. Business reasons are deemed present if the interest at the level of the recipient is effectively subject to a reasonable taxation whereby an effective tax rate of 10% is deemed reasonable.

Unmistakably, the purpose of the Dutch article 10a is to prevent fraud and erosion of the Dutch tax base. It follows from the Lexel case that such purposes are only acceptable under EU law to the extent they prevent deduction of interest on loans which would not have been entered under at arm’s length conditions with independent third parties. As such, the CJEU applies the same approach as it has done in transfer pricing cases such as Thin Cap GLO C-545/04, 13 March 2007.

The impact of this approach and the Lexel decision on the Dutch article 10a CITA could arguably be that interest paid on loans that fall within the scope of this article are deductible to the extent the interest rate on such loans, and the other conditions under which the loan is entered, are at arm’s length. This would be a far less burden for the tax payer than the current application of article 10a, which requires the tax payer to demonstrate commercial motives for both the loans as well as the transaction which has been financed by the loan. We would advise Dutch taxpayers with 10a situations to consider this new case law when taking a position. 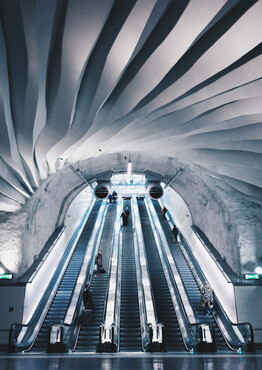