Key Facts
On 16 March 2021, the CJEU upheld the European General Court’s judgments Commission vs. Poland and Commission vs. Hungary, which had ruled that the Polish tax on the retail sector and the Hungarian tax on advertisements did not infringe EU law on State aid.

In cases C-562/19 P (regarding Poland) and C-596/19 P (regarding Hungary), the CJEU ruled in favour of both countries and dismissed the appeals lodged by the European Commission (‘EC’) against the General Court’s judgments. The CJEU did not find a selective advantage in the Polish and Hungarian  progressive turnover taxes, nor did the Court consider these measures to be designed in a manifestly discriminatory way.

Background to the cases

The Polish Act of 6 July 2016 introduced a new tax on the retail sector that has been levied on the monthly turnover of retailers selling goods to consumers that exceed 17 million Polish zlotys (PLN, i.e. +/- 3.7 million EUR). The tax rate is 0.8% for the portion of turnover between PLN 17 million and PLN 170 million (+/- 37.5 million EUR) and 1.4% for the portion of monthly turnover above the latter amount.

On 19 September 2016, the EC decided to open a formal investigation procedure into this measure. On 30 June 2017, the EC closed the investigation and stated that the progressive tax constituted State aid incompatible with the internal market.

Hungary introduced a progressive tax on revenue linked to the publication and broadcasting of advertisements, which entered into force on 15 August 2014. Initially, a scale of 6 progressive rates based on turnover was proposed; however, it was later adapted to be only two different rates. Taxpayers also had the option of partially reducing their tax base with carried forward losses.

On 12 May 2015, the EC initiated a formal investigation procedure about this measure and then decided on 4 November 2016 that it constituted State aid. The EC stated that both the progressive structure and the option to deduct the losses carried forward were incompatible with the internal market and ordered the immediate and effective recovery of the aid paid to the beneficiaries.

This decision was challenged by Hungary and then also annulled by the General Court on 27 June 2019.

The EC lodged appeals against these General Court 2019 judgments, claiming that the General Court had not accurately interpreted the EU State aid rules and that the Polish and Hungarian turnover taxes conferred an unlawful advantage on small businesses with limited turnover.

To be considered unlawful State aid under Article 107 (1) TFEU, a measure must, amongst other conditions, grant a selective advantage to certain undertakings. In principle, a general measure applying without distinction to all economic operators does not constitute State aid. The analysis whether or not a measure is selective begins by determining the reference system, or the “normal” tax system of the Member State. If the measure derogates from that system, then it might be selective to the extent that it differentiates between economic operators. However, measures that differentiate between undertakings that, in the light of the objective pursued by the legal regime concerned, are in a comparable factual and legal situation, and are, therefore, a priori selective, are not considered unlawful aid when the Member State concerned is able to demonstrate that the differentiation is justified in that it flows from the nature or general structure of the system of which the measures form a part.

According to the CJEU, EU law on State aid does not preclude, in principle, Member States from deciding to opt for progressive tax rates intended to take account of the ability to pay. In contrast to what the EC argued, the amount of turnover constituted, in general, a criterion of differentiation that was neutral and a relevant indicator of the taxable person’s ability to pay. Hence, the progressivity of the rates of the tax measure at issue had to be regarded as inherent in the reference system or the ‘normal’ tax regime in the light of which the existence of a selective advantage had to be assessed. Therefore the Polish and Hungarian progressive taxes did not derogate from this reference system.

The Hungarian option to carry forward losses was considered to be selective, as it deviated from the reference system. However, the CJEU confirmed the General Court’s ruling by stating that undertakings with losses were not in a situation comparable with profit-making undertakings. The rule fell within the objective of redistribution pursued by Hungary (even if it combined a tax on turnover with a loss carry forward based on the lack of profit), and so was not in breach of State aid rules.

The CJEU also upheld the decision by the General Court to annul the decision to suspend the Polish tax measures.

»    Once again, the Court has confirmed that progressive taxes on turnover, if construed correctly, do not violate EU primary law (neither the EU freedoms, nor the EU State aid rules).

»    The importance of these rulings should not be overlooked for the digital tax debates, as many of the national digital taxes that are currently being taken into consideration in the Member States are based on turnover. 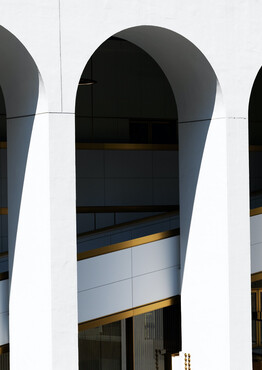