Getting Ready for the Future of the Tax Function

International AI study on the digital maturity of tax functions

Today, tax departments of large companies are confronted with various challenges that have far-reaching influences on the way the organization works. Examples include increasing compliance requirements with the goal of zero error tolerance in the handling and documentation of tax-relevant processes, the legal necessity to implement internal control systems for tax or new regulations and obligations stipulating the electronic filing of tax returns, including extensive data access for local tax authorities. In many countries, such as Australia and Brazil, legal requirements are also increasing, and companies are officially required to implement appropriate data interfaces.

At the same time, digitalization and IT-based support of important tax processes offer great potential for addressing organizational requirements, such as increasing cost pressure and budget cuts, as well as for sketching out new fields of application and designing new possibilities. These developments will fundamentally change corporate tax functions and lead to increasing interlinking along the entire value chain. Digitalization within the tax function will therefore lead to greater automation of routine activities and enable real-time analyses and unprecedented optimizations due to the availability of a uniform database and corresponding analytical methods.

From a corporate perspective, the objective of digitalization is to integrate information systems into work processes and to automate routines. The use of digital process management technologies, such as Process Mining and Robotic Process Automation (cf. Glossary), and the use of Artificial Intelligence (AI) methods can contribute to obtaining more detailed insights into tax data and to deriving action-relevant information from it. The term Artificial Intelligence describes the attempt to model human intelligence, i.e. building a computer or programming it so that it can solve problems autonomously. In contrast to early AI projects that focused on replicating the cognitive abilities of a human in their entirety, today’s research is essentially interested in creating solutions to solve specific problems in well-defined scenarios or tax areas.

However, the implementation of digitalization projects and the application of AI methods to tax-related problems is currently mostly carried out in the context of specific use cases.

The following figure provides an overview of tax- related application fields of AI as well as specific use cases that have already been investigated within the scope of joint research activities between WTS and the German Research Center for Artificial Intelligence (DFKI). In addition, software implementations exist for a large number of the listed use cases. One example that has been successfully implemented is anomaly detection in import/export hand- ling as a corporate customs sub-process. In order to implement that use case, very individual conditions, data constellations, system landscapes, etc. had to be taken into account, while a general model for the systematic collection of requirements and guidance of development is lacking. 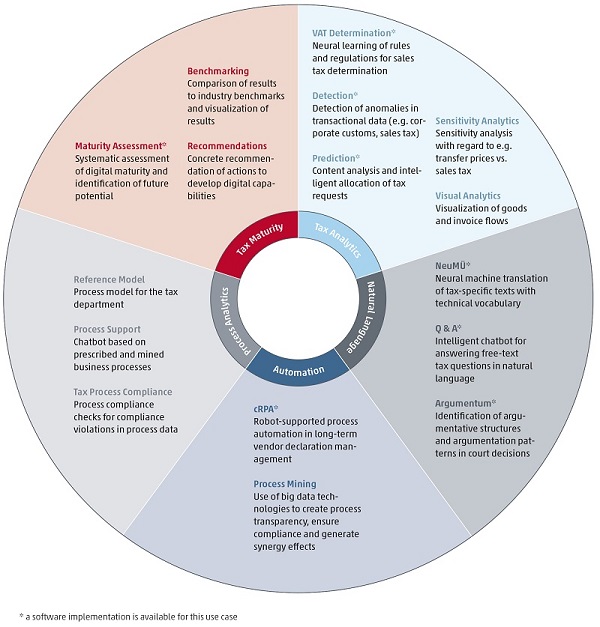 As the implementation of AI techniques is currently focused on specific use cases and on the special conditions that prevail there (e.g. individual data formats and structures), this generally has the following implications for the realization of such projects:

As a result, questions and measures needed to implement digitalization projects cannot be dealt with in a structured way (“Where do you start?“, “Where are the potentials?“, “How do I develop further?“, “What is the procedure?“).

To approach this issue, a systematic measure and concept to guide such development is necessary. The notion of maturity can provide valuable guidance and structure in this context: In general, maturity is defined as a measurement of the ability of an organization to continuously improve in a particular discipline. Maturity models are instruments to systematically assess and represent as-is

situations, to guide initiatives for improvement by providing a roadmap, and to measure the progress achieved. They typically include a sequence of maturity stages (also called levels) that form an evolutionary path covering various stages from an initial state to maturity. The following figure shows a five-level classification of maturity stages. 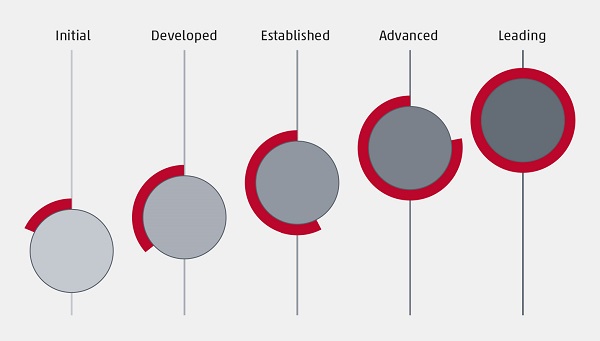 However, specific models to measure and describe the maturity of digitalization as a basis for a precise analysis of the potentials for the use of Artificial Intelligence within the tax department are not yet elaborated.

The present study aims to create the basis for a systematic assessment of the current status of digitalization – the “digital maturity“ – of companies with regard to their tax function. For this purpose, the results of an empirical study among experts from WTS Global on the digital maturity of tax departments are presented and corresponding core statements are derived from these findings.

The result is a comprehensive overview of the status of digitalization, taking into account various country-specific characteristics as well as the opportunities and challenges of digitalization from the perspective of the experts. Based on these results, a tax-specific maturity model is then presented, which can be used to evaluate the digitalization maturity of tax departments. The model represents an approach for the systematic evaluation of the as-is situation for a given company and enables the consistent analysis of AI potentials, thus providing guidance on future developments. 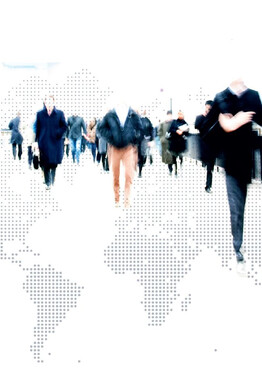 Getting Ready for the Future of the Tax Function
View Study 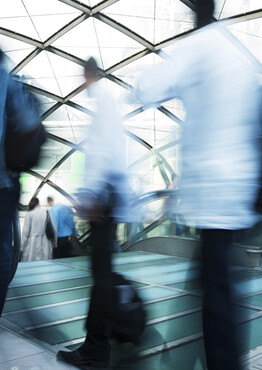 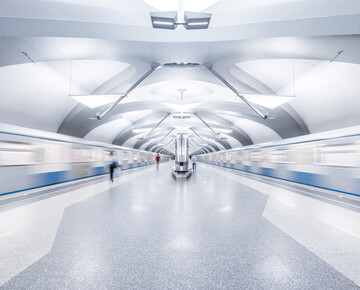 Fritz Esterer on the future of tax consulting 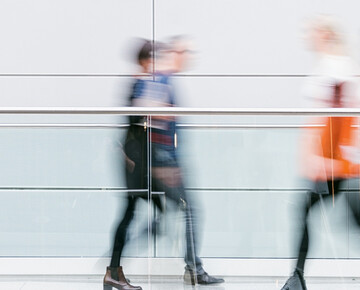 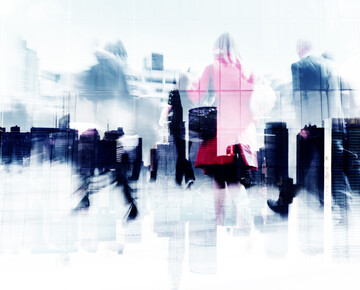