In Germany, employees of a foreign permanent establishment (PE) of a Germany-based company are taxable in Germany from day 1 on their remuneration proportional to their actual working days in Germany – this was clarified by the Federal Ministry of Finance already back in 2015.

To reduce the high administrative burden, German legislature introduced a flat-rate-tax of 30% of the proportional remuneration as of 1 January 2020. However, the flat-rate tax is only possible if the German working days do not exceed a continuous period of 18 working days.

Furthermore, the minimisation of administrative burden will not be achieved, as the collection/monitoring of foreign remuneration and German working days is still required under the new law.

As of 1 January 2020, also non-resident employees are integrated into the ELStAM system. Therefore, the employer must retrieve the electronic criteria for wage tax deduction via their payroll system. The prerequisite is a tax ID number for the employee. This must be applied for by the employee or employer.

It needs to be considered if the employer applied the so-called “One-Fifth Rule” within the wage tax withholding procedure. The “One-Fifth Rule” is a beneficial tax calculation that applies to income for multiple years (e.g. income from long-term incentive plans or sever-ance payments).

Besides the increased administrative effort of filing a tax return, the new law will lead to a significantly higher tax burden for non-resident employees in many cases, as foreign income received during the year will be included for progression purposes when calculat-ing the employee’s personal tax rate.

Each Germany-based employer is obliged to withhold wage tax for its employees. This obligation applies also for employees from abroad who are working for a German employ-er (inbounds). In the past, this obligation was controversial for inbounds for which the German employer did not bear the remuneration costs – rightly or wrongly.

Since 1 January 2020, the German legislature clarified: if a German employer engages an employee from abroad for his Germany-based company, and they do not bear the costs, they still have the obligation to withhold, if they should have borne these costs after taking into account international transfer pricing rules (“arm’s length principle”). 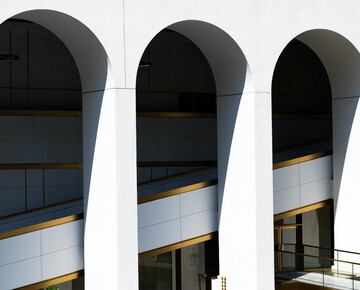