The ECJ rules in favour of Hungarian progressive turnover taxes

Key Facts
This newsflash summarizes three ECJ cases against Hungary: Google Ireland Ltd., Tesco and Vodafone.
The ECJ examines the EU Law conformity of progressive turnover taxes on advertisements, store retail trade and telecom.
The main takeaway here is that a tax on turnover with progressive tax rates does not violate the EU Freedoms.
Author

On 3 March 2020, the European Court of Justice (ECJ) rendered three decisions on three different Hungarian taxes: (i) the advertisement tax (Case C-482/18, Google Ireland Ltd.), (ii) the special tax on store retail trade (Case C-323/18, Tesco) and (iii) the special tax on telecommunications (Case C-75/18, Vodafone). The main takeaway here is that EU freedoms do not preclude a progressive tax on turnover, even if the actual burden of the tax is mainly borne by undertakings controlled by non-residents.

These two cases concern Hungarian taxes introduced in 2010 by the Law on “the special tax on certain sectors”. The disputed taxes are calculated based on the net turnover from retail stores (Tesco- case) and telecommunication activities (Vodafone case). In both instances, a progressive tax rate applied. Using turnover in order to determine the progressive tax rate de facto meant that undertakings controlled by non-residents (mostly) bear the burden of the tax.

First, Tesco and Vodafone argued that Hungary grants unlawful State aid to Hungarian competitors not controlled by non-residents, as these competitors are mostly subject to the lower progressive tax rates (or even to a 0% rate). In this regard, the ECJ recalled that the lawfulness of the actual charging of the tax is not affected even if an exemption proves to be unlawful. Hence, taxpayers cannot avoid payment of a tax by arguing that an exemption enjoyed by competitors constitutes State aid.

This question was therefore found to be inadmissible by the Court.

For your information: a case is currently pending before the ECJ concerning the question whether the progressive rates of a Hungarian tax on (online) advertisements constitute unlawful State aid. The Commission concluded in 2016 that this was indeed unlawful (Decision 2017/329 of 4 November 2016), but its decision was later annulled by the General Court (Case T-20/17, 28 June 2019). The Commission filed an appeal with the ECJ on 27 September 2019 (C-596/16).

Secondly, the Court analysed whether the progressive tax on turnover infringed the freedom of establishment. Apparently, the progressive tax rate is determined based on the turnover obtained from the taxpayer’s Hungarian activities without having to include the turnover of affiliated entities in the calculation. The ECJ therefore distinguishes this situation from the “Hervis”- Case (C-385/12, 5 February 2014). According to the Court, the fact that the greater part of the special taxes is borne by taxpayers owned or controlled by non-residents cannot be categorized, by itself, as discriminatory. The higher burden for these taxpayers is fortuitous and merely a result of the Hungarian telecommunications and retail store market being dominated by such taxpayers. The ECJ therefore decides that the Hungarian taxes are not discriminatory and do not violate EU primary law.

Finally, in the Vodafone- case, the ECJ also came to the conclusion that the Hungarian taxes cannot be compared to VAT. Unlike VAT, these taxes are not charged at each stage of the production and distribution process, and do not contain a mechanism comparable to that of the right to deduction of VAT. According to the ECJ, that is sufficient to conclude that the Hungarian taxes do not display the essential characteristics of VAT and are, consequently, not subject to the prohibition to introduce VAT-like taxes (Article 401 of the VAT Directive).

The Google case is different, although it relates to a similar Hungarian tax on (online) advertisements. This case does not concern the question whether the liability to the tax and to its progressive rates is discriminatory, but rather whether the formal requirements and the fines imposed in case of non-compliance with these requirements infringe EU Law.

In essence, the ECJ decides that the obligation for non-resident companies to register themselves with the Hungarian tax authorities within 15 days after commencing their activities, does not violate EU- Law. The fact that resident taxpayers are generally not subject to this requirement is not discriminatory, because they usually have to be registered for the purpose of some other direct or indirect tax. However, what constitutes a violation of the freedom to provide services is the daily exponential increase of the fine for non-compliance with the registration obligation, especially because resident companies are generally not subject to such an increase. No justifications were accepted by the Court, as it found the Hungarian law to be disproportionate. 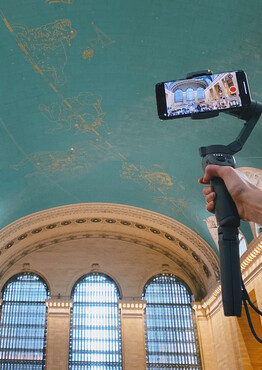 On 30 January 2020, the European Court of Justice (“ECJ”) issued its judgement in the case of the German investment fund Köln Aktienfonds Deka (“KA Deka”). 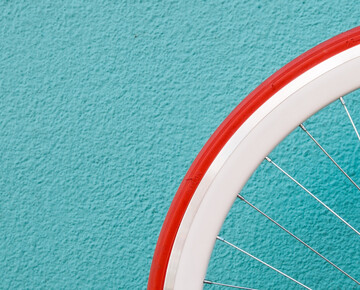