Brazil: Tax on donations and inheritance from abroad is unconstitutional

In accordance with the Brazilian Federal Constitution, States and the Federal District are the ones allowed to collect the tax on goods and rights received as inheritance and gifts, known as the Tax on Causa Mortis Transmission and Donation (ITCMD).

As a rule, the ITCMD is owed, by the beneficiary of the donation or heir, to the Federal District or the Brazilian State where the donor is located in or the deceased was domiciled in or, in the case of real estate, to the State where the property is located.

However, since the 1988 Federal Constitution, it was arguable whether States and the Federal District could demand the payment of ITCMD in cases of donations made by a donor residing abroad and inheritances when the deceased had assets, resided abroad or had his probate processed abroad. This is because the Federal Constitution expressly establishes that, for these cases, the collection of ITCMD was subject to regulation by Supplementary Federal Law (article 155, paragraph 1, III), which to date has not been enacted.

In view of the inaction of the Legislative Power, many States and the Federal District made use of another provision of the Federal Constitution itself to enact State laws (as opposed to Supplementary Federal Law) and charge the ITCMD on donations and inheritances received from abroad.

The debate between States and the Federal District, on one side, and taxpayers, on the other, was brought to the attention of the Federal Supreme Court (STF), which is responsible for judging constitutional matters in Brazil. On March 1st, 2021, the STF decided by a majority of votes that States and the Federal District would not be allowed to institute the collection of ITCMD for cases of donations and inheritances from abroad without the appropriate Supplementary Federal Law to regulate the matter.

The decision significantly affects and reduces the taxation of succession and family estate planning involving a donor domiciled abroad or inheritance which probate is carried out abroad and beneficiaries in Brazil since, specifically in these cases, the taxpayer will be protected from the taxation of the “gift and inheritance tax”, which can reach up to 8% of the property’s assessed value.

It is worth mentioning that, as on other occasions, the STF adjusted the effects of its decision, which will be valid only as of the publication of the STF decision (ex nunc). However, lawsuits pending judgement on the date of the publication of the STF decision and discussing (1) the State to which the taxpayer must pay the ITCMD, considering the occurrence of double taxation, and (2) the validity of the ITCMD charge that has not previously been paid by the taxpayer, will also benefit from the STF decision.

On the other hand, those who (i) are discussing the non-payment of the ITCMD before administrative courts and (ii) have already paid the ITCMD and have filed lawsuit to claim its refund will not benefit from the STF decision.

It is important to note that the STF decision does not reach donations of assets located abroad made by a person domiciled in Brazil, in which case the ITCMD will still be levied in accordance with the law of the donor’s State of residence or the Federal District.

Finally, given the impact of the STF decision on States’ and Federal District’s finances, a Bill of Supplementary Law regulating the ITCMD on donations and inheritance from abroad has already been submitted to the analysis of the Brazilian Congress. 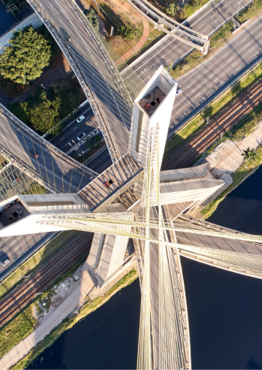