On 3 May 2021, the Danish High Court issued two rulings in the famous Danish beneficial ownership cases.

The Court of Justice of the European Union (“CJEU”) had issued preliminary rulings in 2019 in the Danish cases that consisted of six cases; two on dividends and the remaining four on interest. The two rulings from the Danish High Court are known as the TDC case (C-116/16) and the NetApp Case (C-117/16) concern beneficial ownership on dividend payments.

TDC A/S is a Danish phone company, that was listed at the time of the distributions. TDC A/S was owned by a chain of Luxembourg holding companies organized as partnerships limited by shares (SCA), which were ultimately owned by private equity funds resident in a non-EU/ treaty state.

The question before the Danish High Court (and the CJEU) was who should be regarded as the beneficial owner of a dividend distribution in 2011 of DKK 1.8b, where TDC A/S distributed dividends up the ownership chain to its Luxembourg shareholders and ultimately on to the private equity funds.

In the case, a statement from the Luxembourg tax authorities according to which the Luxembourg parent company “to the best knowledge …is the beneficial owner of any dividends paid on the shares in TDC A/S” was not provided any weight. The taxpayer had not disclosed the identity of each of the ultimate investors and had not asserted that the private equity funds would be able to invoke a DTT with Denmark if the dividends had been paid directly to the funds.

The High Court found that the Luxembourg holding companies were not the beneficial owners of the dividend payment as they merely redistributed the payments further up the ownership chain to the private equity fund.

Subsequently, TDC A/S could not claim tax exemption according to the Parent-Subsidiary Directive or the DTT with Luxembourg.

The Danish High Court held that the Cyprus company was not the beneficial owner of the dividend because it had no power of disposition over the dividend and the sole purpose of interposing the Cyprus company in the structure was to avoid payment of Danish WHT. As a result, the High Court found that neither the Danish-Cyprus DTT nor the EU Parent and Subsidiary Directive were applicable in the case.

However, with reference to paragraph 12.2 of the 2003 OECD Commentary on Article 10, the High Court found that no tax treaty abuse would exist if it would be possible to pay a dividend from NetApp Denmark ApS directly to the beneficial owner without triggering Danish WHT.

The High Court found that NetApp Denmark ApS had proved that the first dividend distribution of DKK 566m had ultimately been channeled to the US group parent company. On this basis, the High Court agreed that the Danish-US DTT could be invoked, whereby no Danish WHT was due on this dividend. The fact that the dividend remained in Bermuda for five months did not make a difference because this was a relatively short period and because there was an original plan to pay the funds to the US parent company.

In this case, the High Court accepts a so-called look-through approach where the Danish dividend WHT may be eliminated under a DTT with the resident country of the beneficial owner. This is also somewhat in line with the CJEU’s ruling in 2019. However, this does require that the identity of each beneficial owner is disclosed, a certificate of residence is provided and that any intermediary companies are not regarded as the beneficial owners of the payments.

It remains to be seen whether the cases will be appealed to the Danish Supreme Court, and we understand that this is yet to be decided.

The look-through approach applied by the Supreme Court in the NetApp case is good news for the taxpayers but does require that the identity of each beneficial owner is disclosed. 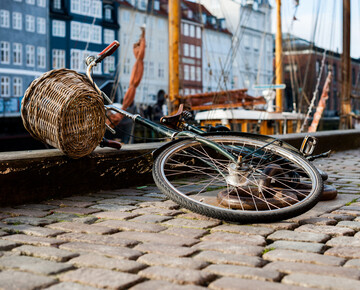