Following the 2021 Italian Budget Law,1 dividends and capital gains deriving by certain foreign EU/EEA UCIs are not subject to Italian taxation, either by way of WHT or substitute tax, starting from January 1, 2021.

Ruling 327/2021 has confirmed that the Italian WHT exemption applies in respect of dividends paid to foreign UCIs established in EU/EEA States which allow a satisfactory exchange of information with Italy, as long as (i) they are regulated by the UCITS IV Directive (Directive 2009/65/EC), or (ii) the fund’s manager is subject to regulatory supervision in its State in accordance with the AIFM Directive (Directive 2011/61/EU).

Consequently, the Italian Revenue Agency stated that no Italian dividend WHT was applicable to Dutch investment funds having their investment manager established in the Netherlands and subject to Dutch regulatory supervision under the AIFM Directive, irrespective of the fact that such funds were considered transparent for Dutch tax purposes.

On April 19 2021 the Italian Tax Authority issued an interesting ruling (n.258) about the application of the reduced WHT, under the DTT Italy-Switzerland – the “Treaty” – (article 10), to dividends paid by an Italian company to a Swiss FCP which is fiscally transparent under Swiss tax law.

The member of the fiscally transparent entity is a foundation tax resident in Switzerland, even if exempt from income taxes. The member invests in Italian companies through an FCP which attributes its income to the member, regardless of an actual distribution.

The FCP being a fiscally transparent entity is not subject to Swiss income tax so that it cannot be considered as Swiss resident “person” for the Treaty purpose. However, its member can benefit from the Treaty’s reduced WHT rates under the 1999 OECD Report on “The Application of the OECD Model Tax Convention to Partnerships”.

The same principles have been applied by the Italian tax authorities in Resolutions (n.17/E/2006 and 167/E/2008) about the tax treatment of dividends paid by Italian companies to foreign funds that qualify as transparent for tax purpose. It has been clarified that participants in a fund investing in Italy can enjoy the Treaty benefits providing that the operating profits are attributed to them for tax purposes in their respective State of residence. This condition is considered to be fulfilled in the two following cases: (1) the State of residence qualifies the fund as fiscally transparent and taxes the profits of the investors regardless of the actual distribution (so-called “fiscal transparency”); (2) the fund is a mere vehicle, through which the income flows in favor of the members of the vehicle, to which they are distributed at least annually pursuant to specific bylaw provisions and taxed in the State of residence (so-called “economic transparency”).

However, it should be noted that the Swiss foundation is “entitled to Treaty’s benefit” only if it qualifies as: (1) a Swiss resident person under the Treaty; and (2) the beneficial owner of the dividends.

The first requirement has been met with a tax residence certificate issued by the Swiss Tax Authorities, the assessment of the beneficial owner requirement needs a factual analysis that is out of the scope of a standard ruling procedure.

Under Italian tax law, Italian investment funds are considered as opaque entities not subject to income taxation, and profit realized on fund level are generally taxed upon distribution by way of 26% WHT, although exemption can be available to certain white listed foreign investors. Based on general tax principles of Italian opaque corporate taxpayers, capital repayments are not subject to WHT, although distributions are deemed to be made out of profits and reserves first.

However, Ruling 197/2001 has taken an opposite and more favorable approach in respect of partial redemptions made by an Italian closed-end alternative investment fund, as the fund regulations provided that such distributions should firstly be considered as a capital redemption up to the amount of the investment made. The Italian Revenue Agency also added that payments made as a partial redemption should reduce the average weighted cost of the investment, while the fund regulations require treating any excess amount as a profit distribution subject to Italian WHT, to the extent applicable to the investor.

No further clarification has been given in respect of income deriving from a special class of units which the investment manager represented to satisfy the conditions required for the special carried interest tax treatment.

In this article you will learn more about the newly introduced withholding tax exemptions on dividends and capital gains in Italy. Italy is taking the next steps in digitalising compliance procedures. Information about the amendments of the Italian tax regime for “impatriates”. 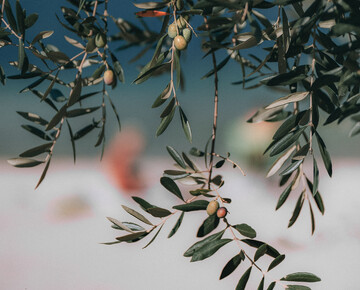