In this case, an Irish company, named Valueclick International Ltd. at the time of the dispute, carried on an online advertising business in France through its sister company then named Valueclick France.

The two companies had entered into a service agreement under which the French company provided marketing assistance services consisting of acting as a representative of Valueclick International by identifying, prospecting and reporting potential customers.

The French tax authorities considered that Valueclick International carried on an activity in France subject to VAT and CIT through a permanent establishment set up by Valueclick France.

The French Supreme Court, ruling on the case, confirms the position of the French tax authorities.

With respect to VAT, it should be recalled that, pursuant to Article 192a of the VAT Directive and Articles 53.1 and 53.2 of the Council implementing regulation (282/2011) and the case law of the ECJ Berkohlz (4 July 1985, C-168/84) and Welmory (16 October 2014, C-605/12), in order for a permanent establishment to be set up in France, the French company must have the human and technical resources enabling it to provide services autonomously.

The French Supreme Court states that these two conditions are met since the employees of the French company could decide to sign a contract with the advertiser and that they have access to the data centres of the group located in the US (creation, configuration and management of the customer account), which allow them to conclude contracts with the advertiser customers of the Irish company, without the specific intervention of the foreign companies of the group.

With respect to CIT, Valueclick has a permanent establishment in France within the meaning of the Franco-Irish Convention dated 21 March 1968, as a company resident in Ireland, which uses the services of a non-independent person ordinarily exercising powers in France enabling it to engage in a commercial relationship relating to transactions constituting its own activities.

The French Supreme Court refers to the definition of permanent establishment in paragraphs 32, 1 and 33 of the commentaries to the OECD Model Convention published, respectively, on 28 January 2003 and 15 July 2005, which state that a permanent establishment is a dependent agent with powers that it habitually exercises that enable it to conclude contracts on behalf of the foreign company, even if those contracts are not actually concluded in the name of the foreign company.

This decision makes it possible to consider that companies in the digital sector may, in certain cases, have a permanent establishment in France, within the framework of current French and international tax law.

While this case has similarities with the Google case (CAA Paris, 25 April 2019, No. 17PA03067 and No. 17PA03068), it nevertheless presents differences, as the employees of Google France were contractually prohibited from negotiating contracts with the Irish company’s customers. Furthermore, in the Google case, the French tax authorities had not demonstrated that the signing of the contracts by the Irish company was purely formal. 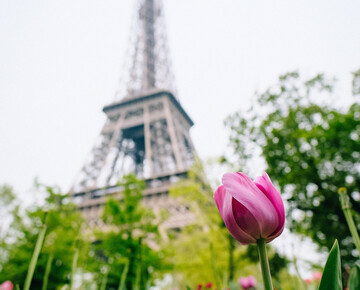