In the present contribution, we focus on special rules which apply to dedicated investment funds. In this respect, the notion of dedicated fund is similar both at the level of income taxes and at the level of the new Belgian tax on securities accounts.

As a general rule, when a Belgian taxpayer invests in a fund which clearly has separate legal personality according to the lex societatis (i.e. the company law applicable in the jurisdiction where the company is located), this is also taken into account for Belgian tax purposes, and the fund will consequently be treated as an opaque investment fund. If the lex societatis does not provide a clear answer, it should be verified whether the partnership has or does not have characteristics on the basis of which the partnership can be assimilated to a Belgian company (in view of being treated as an opaque fund) or not (lex fori test). Generally speaking, an opaque fund (“investment company”) will only trigger taxation in the hands of its Belgian investor when it proceeds to some kind of a distribution.

However, since 2015, dedicated (compartments of) opaque funds may qualify as a “legal arrangement” falling under the scope of the so-called “Cayman Tax”, in which case a look-through tax regime applies in the hands of the Belgian investor, provided that the Belgian investor is subject to Belgian personal income tax or to the tax for non-profit legal entities. For the sake of completeness: there are also other types of “legal arrangements” (e.g. trusts, companies located in low tax jurisdictions, E.E.A.-based entities which do not have a minimum taxation level of 1% on the taxable basis computed according to Belgian standards, etc.). However, we only focus on funds in the present newsletter.

Summarizing, the technical rules regarding the scope of the “Cayman Tax” which are relevant for opaque investment funds are go as follows:

These exclusions do not apply if the shares relate to a dedicated (compartment of) fund, in Belgium referred to as “fonds dédié” entity or “fonds dédié compartment”, which is being defined as an entity or compartment, the ownership rights of which are held by one investor or exclusively by “related investors” (family members until the fourth degree; spouses, legal partners and people living at the same address, and also investors controlling another (corporate) investor).

In our opinion, this reading of the text of the law is not correct, and a compartment should not qualify as a “fonds dédié” as soon as there is at least one second investor which is not “related” to the first one (provided the participation held by this second investor cannot be regarded as abusive).

Please note that “public funds” and “institutional funds” (i.e. funds which are only accessible for eligible investors) benefit themselves from an exemption from the new annual tax on securities accounts (the same goes for pension funds). The exemption however does not apply for a “fonds dédié” compartment of a public or institutional fund because of an exclusion provided in the Act of 17 February 2021. In this respect, it is the same notion of “fonds dédié” (compartment of) fund which is relevant in view of assessing whether the exclusion from the exemption applies. As far as foreign “fonds dédié” (compartments of) funds are concerned, the exclusion of the exemption at the level of the fund itself will not have any impact “in real life” if no securities accounts are held with a Belgian intermediary. Moreover, depending on the situation of the foreign fund, it may benefit from an exemption from the new Belgian tax on the securities accounts on basis of the applicable double tax treaty. 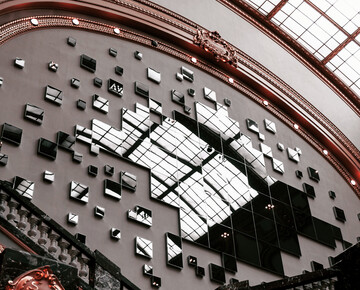