After having informed about the reform of Swiss WHT in the last newsletter, we would like to give a short update on the progress of the reform project.

At the end of September, the National Council discussed the legislative proposal and expanded the reform. In the details, the National Council made various changes to the Federal Council’s version. For example, the WHT on interest on bonds held indirectly via a Swiss investment fund shall also be abolished, provided that this interest income is shown separately.

As far as the securities transfer tax is concerned, the National Council decided to abolish this tax not only on Swiss bonds, but also on foreign bonds with a residual term of no more than twelve months. The aim is to move the market for this asset type to Switzerland.

In the overall vote, the National Council adopted the bill by 122 votes to 68 with one abstention. On 29 October and 19 November, the Committee for Economic Affairs and Taxation of the Council of States discussed the reform proposal.

The Committee proposes that the WHT be abolished only for income from bonds issued after the entry into force of this new law. In the Committee’s view, this approach would reduce tax revenue losses without calling into question the main objective of the bill. In order to allow the Swiss economy to benefit from the positive effects of this reform as quickly as possible, the Committee proposes that the reform be enacted in a staggered manner. While the abolition of WHT on bond interest should already take place on 1 January 2023, the Federal Council would have to decide when the other reform measures, which take longer to implement, should come into force.

Furthermore, the Commission followed the National Council’s decision to extend the abolition of WHT on interest on bonds held indirectly via a Swiss investment fund.

The Council of States will discuss the reform in the upcoming winter session.

Previously, national legislation on certain issues regarding the implementation and application of double taxation agreements (DTA) was governed by the Federal Act of 22 June 1951 on the Implementation of International Federal Conventions on the Avoidance of Double Taxation and the ordinances based thereon. The ITAIA supplements the existing legal provisions as necessary, and introduces new areas of regulation. The revision of the law now also stipulates how mutual agreement procedures are to be carried out at national level, provided the applicable agreement does not contain any deviating provisions. Moreover, it contains the key points for WHT relief based on international agreements, as well as new criminal provisions in connection with relief from WHT on investment income.

According to the newly introduced criminal provisions, an unjustified refund of Swiss WHT or a threat of the Swiss WHT (e.g. by filing a refund request containing untrue statements or which conceals material facts such as e.g. beneficial ownership) based on an international tax agreement will be punishable in the same manner as in domestic cases. The criminal proceedings (against the person responsible for the wrongdoing) is guided by the administrative criminal law and foresees fines up to three times the unlawful advantage.

Against this background, the procedure for filing reclaim forms for Swiss WHT should be reviewed and it must be made sure that any refund request meets all Swiss tax-legal requirements.

If you wish to discuss this topic, please contact: Wenger Vieli AG, Zurich

After more than ten years of discussions, the reform of the Swiss WHT on interest has taken a decisive hurdle. 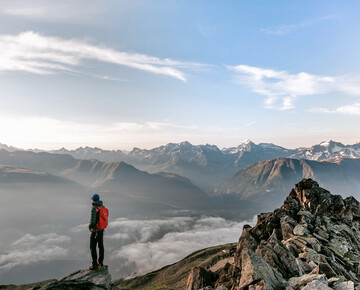