The evolution of green taxation in Portugal

It is generally accepted that green taxation is crucial to address the effects of climate change and global warming, as well as to promote resource allocation efficiency. This is despite the fact that, at the Paris Agreement level, there is no express mention of green taxation.

According to the European Commission, the recovery from the COVID-19 pandemic must be green, and in that context, the EU's flagship Recovery and Resilience Facility (RRF) – established through Regulation (EU) 2021/241 of the European Parliament and of the Council of February 12 2021 – provides an opportunity to extend the scope and use of green taxes in each member state.

Therefore, the speech of the main public actors, in particular the EU and its member states, is no longer concerned only with the ability to raise revenues. Instead, they are interested in revenue collection as a way to induce environmentally friendly behaviors, and the ‘recycling’ of tax revenue associated with the taxation of non-renewable products or activities, in order to create benefits or incentives for renewable vectors, such as green hydrogen.

At the same time, the impact that the current armed conflict between Russia and Ukraine is having on the energy markets cannot be ignored, with a special reflection on the level of natural gas prices. It can be anticipated that member states will be somewhat cautious in increasing the green taxation levied on hydrocarbons.

At least temporarily, countries may prefer measures that minimise the impact on final consumers, as has been the case with fuels. For example, in Portugal the government lowered the tax on petroleum and energy products to the extent of the increased tax revenue it obtained through VAT on energy.

In this sense, one can anticipate that the future role of green taxes will be more relevant than ever. This is why it is important to anticipate some of the main short- and medium-term trends, which we will discuss with a focus on the Portuguese tax system.

According to the European Commission, green taxes include taxes on energy, transport, pollution, and resources. This means that green taxes are a broader category than energy taxes, which are levied specifically on energy products and electricity used for transport, such as petrol and diesel, and for other purposes, such as fuel oils, natural gas, coal, and electricity used in heating.

Therefore, green taxation must fit into a wider policy context that integrates a broad range of instruments, such as pricing instruments, subsidies, standards – including those related to environmental, social, and governance (ESG) objectives – and investment in public infrastructure.

Regardless of the topics included in the EU Energy Taxation Directive, which is currently under revision, EU member states still have significant scope for intervening in their tax systems, including the set of taxes that, in some way, can be considered to have a green component.

Types of green taxes in Portugal

Green taxation in Portugal can be divided into three types of taxation. Below, we lay out some examples of each:

In light of the EU's energy transition objectives, it will be interesting to see how member states will manage the trade-off between increasing the range of tax benefits for the different renewable energy segments (wind, solar PV, renewable gases, and others) and the need to preserve tax revenues. This is especially true at the level of general and special consumption taxation (VAT and excise taxes, respectively), which represent the most substantial part of national tax revenues.

Given the state of play in many member states, including Portugal, the following short-term tax policy options seem likely:

1. The adaptation of indirect taxes to target renewable energy

Indirect taxation may be adapted to target new renewables vectors, in particular renewable gases such as hydrogen and biomethane. This could include the creation of excise tax exemptions for the inputs of each production process (the electricity).

2. The proliferation of sectoral parafiscal taxation

In the past decades, Portugal has undergone a true revolution in terms of so-called ‘tax regulation’, with the creation of parafiscal taxes in almost all sectors of activity. These regimes are particularly complex, in terms of interpretation and application, when compared to standard tax regimes.

However, some of these parafiscal taxes reveal positive discrimination towards a green purpose. An example of this is the exemption for the production of electricity from renewable sources, providing it does not benefit from a guaranteed remuneration regime, in the Extraordinary Contribution on the Energy Sector (CESE), created in 2014.

We also predict the establishment of incentives specifically dedicated to new renewable vectors, such as renewable gases.

A good example in Portugal is the Incentive System for the Support of Renewable Hydrogen Production and Other Renewable Gases, with funds from the National Recovery and Resilience Plan. The regulation was approved by Order No. 98-A/2022 on February 18 2022.

This incentive system, designed to support capital expenditures (CAPEX), is based on the financing of a set of eligible expenses in renewable gas production projects. This financing will correspond to the difference between the investment costs for the production of gases from renewable origin, such as hydrogen or biomethane, and the investment costs of a conventional plant for the production of hydrogen from the steam reforming of natural gas, of identical capacity in terms of effective energy production.

The fiscal state is becoming increasingly greener, with the adaptation of the main taxes to the challenges of energy transition and decarbonisation. Therefore, even for enforcers of tax law, especially tax administrations, new challenges are arising in terms of achieving the green purposes of tax law and giving taxpayers certainty. 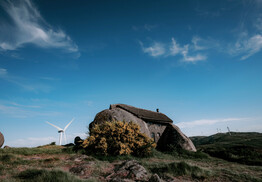 Updates and news on Climate Protection, Green Tax and Energy
View here
Articles you might be interested in