As has been widely reported, e-commerce sales have risen dramatically in recent years. While Covid-19 has clearly accelerated this trend, consumers increasingly prefer direct-to-consumer and e-commerce purchasing channels. This growing trend places strain not only on companies managing such transactions, but also on the regulatory agencies responsible for enforcing international transaction regulations, which in the US is primarily Customs and Border Protection (CBP).

E-commerce fulfillment relies heavily on a US importation procedure known as “de minimis”.

The US De Minimis Provision

The “de minimis” or “Section 321” provision, in reference to its statute,is a customs procedure whereby US imports under $800, which are imported by one person on one day, are permitted entry without the payment of duty or filing of a formal customs entry. In 2016, the Trade Facilitation and Trade Enforcement Act (TFTEA) raised the de minimis value from $200 to $800, which is likely to have contributed to the growing use of this provision.

CBP reported $771.5 million in de minimis entries in FY21, a 21% increase from the prior year. Given the informal nature of the procedure, CBP lacks visibility in many trade data elements that would otherwise be required on formal entries. CBP also reported over 800 million de minimis entries were processed in FY21.

Why US Foreign Trade Zones cannot use De Minimis

While lower-value importations into the US from other countries are eligible for this duty-free provision, withdrawals into US commerce from US foreign trade zones (FTZ) are not. This restriction stems from the Section 321 statutory language as FTZ withdrawals are not considered “importations” but rather “entries.” CBP rulings also concur with this interpretation.

The US House of Representatives recently passed legislation within the America COMPETES Act of 2022 (H.R. 4521) that proposes to restrict the use of de minimis for goods from China,but is silent on the treatment for US FTZs.

If this bill in its current form becomes law, then effectively the only types of transactions that would not have access to the de minimis provision are importations from China and withdrawals from US FTZs. For some retailers operating in US FTZs, from a customs and duty perspective this potential result incentivises them to offshore their distribution operations, often to Canada or Mexico.

The lack of FTZ access to the de minimis provision is not a new problem; however, the dramatic rise in e-commerce fulfillment combined with the opportunity for Congress to correct the statutory limitation has prioritised this issue for US retailers and US economic development champions.

Changes to de minimis have the potential to dramatically shift the location from which hundreds of millions of shipments destined for US consumers originate. If the law continues to preclude US FTZs from utilising it for US warehouse withdrawals, then US retailers may be incentivised to move offshore (to any country other than China, which would also be restricted). If the new de minimis provision does allow for access for US FTZs, then it is likely that the US would experience a sharp increase in investment and FTZ designation for e-commerce fulfillment warehouses and similar distribution centres.

In the US, the new President will change many of the things Donald Trump has decided upon, but a change in US trade policy may be less likely. 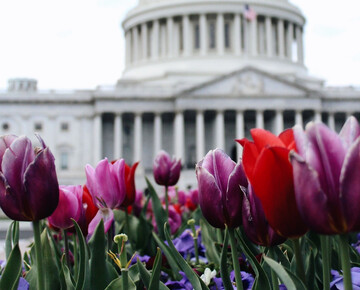