Engineering, procurement and construction (EPC) contracts and split contract arrangements (involving offshore supply contracts and onshore service contracts) have remained a key focus of Pakistani tax authorities. The tax implications for these transactions are influenced by the design of the transaction in question and the provisions of the applicable Double Tax Treaties (DTTs).

Recently, Pakistan’s Appellate Tribunal Inland Revenue (ATIR second tier appeal forum) has allowed an appeal against the tax authority’s order for recovery of withholding tax, deductible while making payment for the offshore supply of machinery (ITA 377/KB/2019). As per the facts, the appellant, a Pakistani renewable energy project, imported machinery and equipment from a Chinese manufacturer. The onshore contract (construction, assembly and installation services) was signed separately with an associate of the equipment supplier, also resident in China and executed through a branch office registered in Pakistan, constituting a permanent establishment (PE). The taxpayer was held assessee-in-default due to the following facts:

The tax authority inferred that the offshore supplier and onshore service provider, being PE of a separate company of the same group, must be considered a single entity for tax purposes. Lastly, the tax authority maintained that the offshore contract is subject to tax in Pakistan as per DTT between Pakistan and China, which is based on the UN Model Tax Convention (UN MTC) and contains a ‘force of attraction’ rule.

ATIR decided the appeal in favour of the taxpayer and relied on precedents involving DTTs with Germany and Italy to conclude that offshore supply contract/portion of composite contract cannot be subject to tax in Pakistan due to overriding effect of relevant DTTs.

ATIR has addressed a key issue involved in the taxability of EPC/splitting of contracts under the Pakistan-China DTT. The amendments relating to CBO are not tested yet, however, the judgement may still apply insofar as it has been held that the definition of PE as per DTT supersedes the domestic law.

Single Window (PSW) is a major development to facilitate cross-border shipments. PSW is the introduction of paperless communication for customs handling in Pakistan. 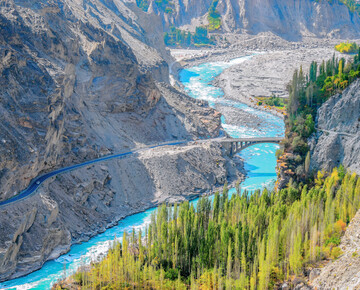