The UK is progressing to the next implementation stage of the Border Model and the lodging of customs declarations.

In the previous edition of this newsletter, we informed you about the phased approach that the UK government was using to implement border controls between the EU and the UK following Brexit.

The intention was to introduce further controls on sanitary and phytosanitary products as well as ‘organic’ products originating from the EU from 1 July 2022. Shortly after publishing our newsletter, the UK government announced that the introduction of these controls would be further delayed again.

The controls that have been introduced previously, such as the pre-lodgment notifications via the goods vehicle movement service (GVMS), the pre-notifications for sanitary and phytosanitary goods, and the requirement to register for the importation and trade of organic products, all remain in place.

CHIEF to be replaced by CDS

The Customs Declaration Service (CDS) is the UK government’s new electronic system for handling customs declaration processes. CDS is replacing the Customs Handling of Import and Export Freight (CHIEF) system. The services on CHIEF will be withdrawn in two stages:

From these dates, all businesses will need to lodge any customs declaration using CDS. The main difference between CHIEF and CDS is that completing a CHIEF declaration is geared towards paper completion and has several boxes that accept data in a free text format. In CDS, most data elements are restricted to code format other than name and address fields. This means that customs agents need to (re)model their IT systems to CDS codes to declare goods through CDS.

Customs and Trade Consultancy can support with reviewing whether the customs clearing agents are ready for CDS and/or support with lodging customs declarations via CDS.

The UK has entered the next stage of Brexit. As part of the phased implementation of the UK Operating Border Model, most of the simplifications for entering and exiting goods in the UK have now been removed. Following a public consultation on TP documentation, the UK government decided to introduce new legislation and require the largest MNE with presence in the UK to maintain a transfer pricing Master File, Local File and supporting Summary Audit Trail. The new requirements could take effect from April 2023. 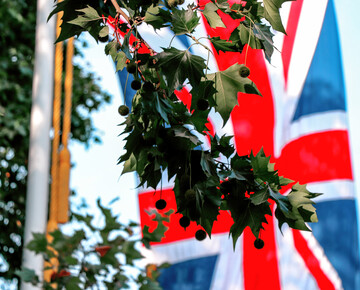 Outcome of the UK consultation on TP documentation
Read more

The National Security and Investment Act (“NSI”) came into effect on 4 January 2022, alongside a series of guidance notes.