The CJEU: The Finnish tax exemption criteria for investment funds is contrary to the free movement of capital

The ruling concerns the tax treatment in Finland of a variable capital real estate investment company established under French law on the basis of the Section 20a of the Finnish Income Tax Act, which provides for the tax exemption criteria of investment funds in Finland. One of the tax exemption criteria of the said provision is that both domestic and foreign investment funds must be established in contractual form.

In its ruling, the CJEU holds that the comparability of a cross-border situation with an internal situation within a member state must be examined having regard to the aim pursued by the national provisions at issue as well as to the purpose and content of those provisions. The CJEU states that as regards the Finnish legislation’s objectives of avoiding double taxation of investment income and of treating indirect investment, pass-through funds, in the same way as direct investments for tax purposes, the fact that a collective investment undertaking has been formed in accordance with statute does not necessarily place it in a different situation to that of a collective investment undertaking formed in accordance with contract law. The CJEU notes that such objectives may also be achieved where a collective investment undertaking has been constituted under statute but benefits, in the member state in which it is established, from an exemption from income tax or from a system of tax transparency.

The CJEU rules that, given the lack of harmonisation of the taxation of investment funds at Union level, the free movement of capital would be rendered ineffective if a non-resident collective investment undertaking, constituted according to the legal form authorised or required by the legislation of the member state in which it is established and which operates in accordance with that legislation, would be deprived of a tax advantage in another member state in which it invests solely on the ground that its legal form does not correspond to the legal form required for collective investment undertakings in that latter member state.

Now that the CJEU has given its preliminary ruling on the matter, the Finnish Supreme Administrative Court is expected to issue its final decision on the matter during the following months. We are aware that several cases have been pending in different judicial stages waiting for the CJEU to give the ruling in the matter C-342/20. We expect that the Finnish courts will issue several rulings on the taxation of foreign investment funds during 2022 after the Supreme Administrative Court has rendered its final decision on the matter.

Even though the named CJEU ruling concerns the legal form criteria, it may also be taken into ac-count when assessing whether the other tax exemption conditions set out in Section 20a of the Finnish Income Tax Act since 1 January 2020 (which include e.g. a condition on the number of unitholders in a fund and sets a mandatory annual profit distribution requirement for special investment funds) may be considered as being contrary to the EU law. 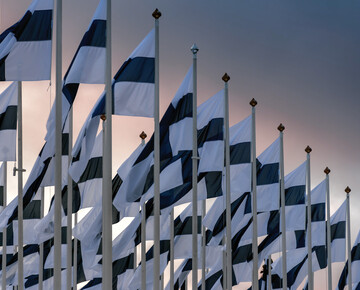