Plan for Brazil’s Accession to the OECD: Changes to Transfer Pricing Rules

April 2022 saw the Brazilian Federal Revenue Service and the OECD present a proposal for the new Brazilian TP system, the main objective of which would be to enable the alignment with the OECD Guidelines as one of the necessary steps for Brazil to join the OECD.

Brazil applied to join the OECD in 2017 and, in January 2022, OECD decided to begin acces­sion talks with Brazil, which ultimately led to the publication of the roadmap for Brazil’s accession in June. Although the alignment with OECD standards is only one of the items listed in the roadmap, it is of extreme relevance for the Brazilian tax environment and consequently for those companies operating in Brazil, as well as Brazilian companies investing abroad.

During 2018 and 2019, the Brazilian Federal Revenue Service and OECD developed a project to analyze the similarities and differences between the Brazilian current model and the OECD standards and concluded, in a report issued in 2019, that the Brazilian Transfer Pricing rules and practices deviate from the OECD Guidelines in several aspects.

In this context, the announcement of the main points of the proposal by the Brazilian Federal Revenue Service and the OECD represents the first step towards the effective implementation of the new rules aligned with OECD standards. Considering that the bill of law amending the legislation currently in force will still be finalized and presented to the National Congress, there is still no official wording or additional details about the changes aside from those provided by the Brazilian Federal Revenue Service. 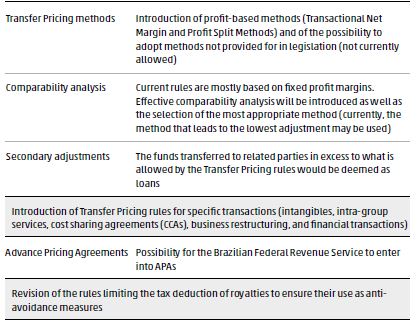 Once implemented, it is expected that the new rules will help eliminate the double taxa­tion arising today from the overlapping of Transfer Pricing rules.

According to the timeline announced by the tax authorities, the bill of law would ideally be presented/approved in 2023 and would be in force as of 2024. No transition period is scheduled to take place.

Foreign companies doing business in Brazil and Brazilian companies operating abroad should follow this project closely and bear in mind that these changes will most likely require them to re-evaluate current Transfer Pricing policies and existing agreements. 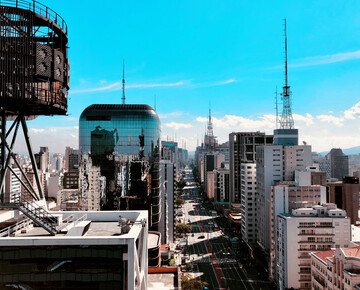 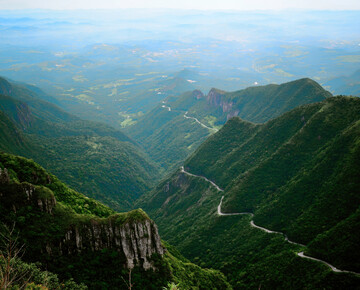