In its Judgment of 17 May 2022 (published on 29 September 2022), in Case VII R 2/19 "Hamamatsu", the German Federal Fiscal Court (Bundesfinanzhof, BFH) rejected the appeal filed on points of law (Revision) relating to an application for refund of customs duties; at the same time the Court made a number of fundamental determinations which could have a substantial impact on the future assessment under customs valuation law of transactions between affiliated group companies.

The case concerned the German subsidiary of a Japanese parent company; when declaring the customs value of imported goods, the German entity used the sales price for the definition of the transaction value. It was agreed between the group companies and with the German tax authorities (without the involvement of the customs administration) within the framework of an advance pricing agreement (APA) that the intragroup transfer price would be established on the basis of the "residual profit split method". Accordingly, at the end of each financial year, balancing payments were made which were either credited to or debited from the German company. The dispute was based on a situation in which the German subsidiary retroactively received flat-rate price reductions. These led to an application for the refunding of customs duties due to a retroactive reduction in the declared import customs values.

The refund was ultimately refused by the Fiscal Court (Finanzgericht) based on the ECJ Judgment of 20 December 2017 in Case C-529/16, which has attracted a great deal of attention in the customs world.

The Claimant filed an appeal on points of law (Revision) against the decision of the Fiscal Court, which has now also been rejected.

In this context, the following fundamental determinations by the German Federal Fiscal Court are highly noteworthy:

It must be stressed that, of course, judgments by the German Federal Fiscal Court – unlike those of the European Court of Justice (ECJ) – do not have a direct effect as regards the entire European Union. Nevertheless, it will be very interesting to observe the future impact of these determinations, which relate to EU-wide customs valuation law (and, in terms of basic principles, indeed customs valuation law virtually around the world).

The Court took the general point of view that any retroactive price adjustments, i.e. even if effected outside implementation of an APA based on application of a transfer pricing mechanism with balancing payments, have "no influence on the definitive customs value"; this is due to the unclear effects in terms of amount and impact at the time of importation. This statement made by the Court could be potentially explosive since, consequently, this would also preclude retrospective levying of customs duties.

In the present case, at the time of importation the customs administration was not aware that price adjustments would retrospectively be applied. It remains to be seen whether this means that the assessment would be different if a prior arrangement were to be made with the customs administration. Since, however, also in the event of a prior arrangement to the effect that retroactive balancing will be undertaken, the lack of clarity in terms of the amount of the balancing payment, and whether adjustment would be upwards or downwards, would remain, any differing assessment in such an instance must be considered unlikely.

The German Federal Fiscal Code and the European Court of Justice moreover criticised the fact that the Claimant and Appellant did not undertake a precise allocation of the balancing payment across the respective imported goods. In this regard too, we very much doubt that the assessment would be different if a more precise apportionment, for instance through an invoice correction, were possible, since it would remain the case that this would not be clear at the relevant time of importation.

It consequently remains to be seen how the German customs administration and those of the other EU Member States respond to this Judgment. We would advise companies in a comparable situation to appeal against any notices from the customs administration concerning retrospective levying of customs duties based on retroactive price adjustments. We would recommend those who have in the past regularly and proactively submitted corrective reports for the retroactive adjustment of customs values based on transfer pricing adjustments to get in touch with the customs administration and proactively clarify the impact of the Judgment. If the administration insists on a correction notification and then issues retrospective demands for payment of customs duty, again an appeal should be filed in order to prevent the notice taking legal effect until the matter has been definitively clarified. 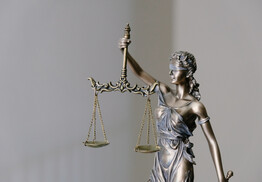