On 20 December, the OECD published three important papers on the global minimum tax (“Pillar Two” or “GloBE”). The OECD’s (transitional) safe harbours in particular are of crucial importance for German corporate practice. These reliefs will be incorporated into German law, especially during the introductory phase of Pillar Two, via a dynamic reference to the OECD Safe Harbours in the EU’s Pillar Two Directive.

The importance of the CbCR is substantially increased: this is already the case in tax audits via the future public CbCR (see section 342b et seq. of the draft of the German Commercial Code (Handelsgesetzbuch, HGB) in the version contained in the government draft law of 7 December 2022 implementing the EU’s Public CbCR Directive (2021/2101)), and now the OECD has also introduced an exemption – subject to certain conditions – from the obligation to determine the effective tax rate using the full GloBE rules during a transition period (in simple terms: 2024 to 2026).

Under the OECD’s transitional safe harbour concept, the top-up tax for a jurisdiction will be zero during the transition period if one of the three following tests is met for that jurisdiction:

(2) Simplified ETR test: The simplified effective tax rate (covered taxes extracted from the consolidated accounts (including deferred taxes, unlike in the CbCR) divided by the profit (loss) before taxes as reported in the CbCR) in a country is greater than or equal to the transition rate (2024: 15%; 2025: 16%; 2026: 17 %); or

(3) Routine profits test: The profit (loss) before tax in a country is equal to or less than the substance-based carve-out calculated in accordance with the GloBE rules (= Article 5.3. of the OECD Model Rules and Article 28 of the EU Pillar 2 Directive).

In principle, the transitional CbCR safe harbours will bring significant simplifications. However, in many cases there will be uncertainty during the course of a year as to whether the transitional CbCR safe harbours will actually apply, as the data required to establish this will not be available until after the fiscal year has ended. If it then turns out – perhaps quite unexpectedly – that the transitional CbCR safe harbour criteria are not satisfied in a particular country, the full set of Pillar Two data will need to be gathered and computations carried out and relevant returns will need to be submitted. This will require extensive data collection, which on grounds of efficiency alone should be done during the course of a year as facts and circumstances arise, since determining data retrospectively is often extremely costly and time-consuming and in practical terms may no longer be possible. It is therefore likely that MNEs will only be able to forgo gathering the data required for full Pillar Two compliance for a particular country if there is a very high degree of certainty that at least one of the three transitional CbCR safe harbour tests will be met.

Alongside the transitional CbCR safe harbours, it is also intended that there will be permanent safe harbours tied not to the CbCR but to simplified income, revenue and tax calculations. Under this safe harbour, the top-up tax for a jurisdiction will be deemed to be zero if, once again, one of three tests is satisfied:

(1) Routine profits test: Simplified GloBE income is equal to or less than the amount determined using the substance-based income calculation for the jurisdiction in accordance with Article 5.3. of the OECD Model Rules; or

(2) De minimis test: Average GloBE revenue (as determined under the simplified GloBE income calculation) in a country is less than EUR 10 million and the average income in that jurisdiction is less than EUR 1 million in accordance with Article 5.3. of the OECD Model Rules; or

(3) Simplified ETR test: The effective tax rate in a country determined under the simplified income and tax calculation is at least 15% in accordance with Article 5.1.1. of the OECD Model Rules.

During the Pillar Two transition period (in simplified terms: until 2026), penalties should not be applied if a taxpayer has taken “reasonable measures” to submit an accurate GloBE return.

2. Tax Certainty for the GloBE Rules

It is obvious that there is potential for differences in interpretation of the GloBE rules in many countries. The OECD is therefore seeking supranational dispute resolution mechanisms to increase legal certainty for taxpayers applying the GloBE rules. It has launched a public consultation on this subject, and interested parties are invited to make submissions to the OECD by 3 February 2023.

A public consultation on “tax information returns” has also been initiated. The OECD is developing a standardised GloBE Information Return and invites interested parties to submit their comments by 3 February 2023. In the meantime, neither the transitional nor the permanent safe harbours will exempt affected groups from their obligations to comply with GloBE requirements and to file a GloBE Information Return.

Global minimum taxation will pose significant challenges to corporate groups due to the extensive data requirements (for the individual companies/permanent establishments and countries) as well as the complex rules for determining the ETR and the special rules for transparent companies, permanent establishments, joint ventures, Partially owned Parent Entities, restructurings, M&A transactions, etc. If you want to know more about Pillar Two implementation and how our tax experts can smoothly coordinate Pillar Two projects across the globe for multinational companies, visit our dedicated page. 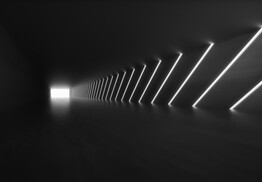 Read an article from TDM, U.S. alliance partner of WTS Global, on how to avoid pitfalls related to the consistency rule in the allocation and apportionment of deductions to the residual grouping in applying the GILTI high-tax exception.