Germany’s highest tax court, the Bundesfinanzhof (BFH), has filed a preliminary ruling request to the Court of Justice of the EU (CJEU) relating to the concept of "final losses".

Key Facts
Germany’s highest tax court, the Bundesfinanzhof (BFH), has filed a preliminary ruling request to the Court of Justice of the EU (CJEU). The request comprises five questions relating to the concept of “final losses”.

The request deals with several questions about the application of the concept of “final losses”. After the CJEU’s rulings in “Timac Agro” (C-388/14) and “Bevola/Trock” (C-650/16), the BFH considered itself unable to rule in the case at hand as it felt it had no clear guidance on the conditions for assessing “final losses”.

As the questions forwarded to the CJEU are quite detailed, an extensive ruling by the CJEU could be quite a game-changer for taxpayers in the EU concerning “final losses”.

In the case at hand, the German corporation “W AG” opened a permanent establishment (PE) in the UK in 2004. W AG is a German stock corporation, with its seat and place of management in Germany, and is engaged in the securities trade business. Due to the PE sustaining losses in the UK, it was closed in 2007. Due to the closure, no carry forward of losses was available in the UK.

W AG filed its UK losses with its German tax returns for FY 2007. The competent local tax authority did not recognise the UK losses in the tax assessment notices. The corporation brought a legal action against the German tax authority for the non-recognition of the UK losses before the local Fiscal Court in Hesse and won in the first instance. The tax authority lodged an appeal before the BFH, which has then requested clarification from the CJEU as the BFH is unable to derive clear conclusions from the CJEU’s past rulings relating to “final losses”.

Questions to the CJEU (in short)

In the first question, the BFH has asked for clarification about whether freedom of establishment conflicts with a Member State’s regulation when a resident company is prevented from deducting “final losses” incurred by a PE in another Member State from the resident company’s taxable profits. The regulation in question is the “exemption method” under a bilateral convention.

According to the CJEU’s past rulings, a restriction of the freedom of establishment is permissible only if the restriction relates to situations that are not objectively comparable or if it is justified by an overriding reason relating to the public interest.

In the case at hand, the BFH, in considering the CJEU’s rulings, has not been able to derive clear conclusions about whether a situation of comparability arises. On the one hand, the BFH has considered concluding, based on the “Bevola/Trock” ruling, that even in the case of the “exemption method” under a bilateral convention, the case at hand is objectively comparable to a situation of a domestic entity with a domestic PE, even though different rules apply in each case. On the other hand, the BFH has acknowledged the concerns of the Federal Ministry of Finance (BMF), which joined the legal proceedings. The BMF has argued that the “Bevola/Trock” case relates to a unilateral rule of Danish law. Thus, “Bevola/Trock” should not serve as reference for the case at hand.

Finally, the BFH has concluded that the question remains open as to whether for the case at hand a ruling deviating from “Bevola/Trock” is justified, and therefore, such a question should be forwarded to the CJEU.

The second question refers to the German trade tax (Gewerbesteuer): If question 1 is answered in the affirmative, does the freedom of establishment also conflict with the corresponding trade tax regulation?

The third question is: in the event of a shutdown of the foreign PE, can there be “final losses” even though there is at least the theoretical possibility that the company will re-open a PE in the same country and that the “final” losses could be offset against future profits?

The BFH has raised this question with reference to the CJEU’s rulings in “Memira Holding” (C-607-17) and “Holmen” (C-608/17). In both cases, the CJEU ruled that losses cannot be qualified as “final losses” if there remains the possibility that the losses could actually be utilised by way of transferring them to a third party. The BFH has expressed its concerns that losses might not be qualified as “final” if there was at least the mere theoretical possibility that they could be utilised in future, e.g. when the branch would be re-opened (which does not necessarily have to happen).

If questions 1 and 3 are answered in the affirmative, then can losses of a foreign PE that could have been carried forward to a subsequent period at least once, also be considered as “final losses”?

In the case at hand, W AG has claimed that losses from previous fiscal years, i.e. before FY 2007, should also be recognised as “final losses”. It is assumed that the losses from previous fiscal years could have been forwarded under UK tax law. The BMF has argued that “final losses” could only comprise of FY 2007 losses, which could not have been carried forward to subsequent FYs due to the PE’s shutdown. The BMF’s reasoning was similar to Advocate General Kokott’s argumentation in the “Memira Holding” and “Holmen” cases. Kokott argued that losses from previous FYs that could be carried forward are “non-final”, at least initially. But in the event of a shutdown of the activities, the carried forward losses could not be re-qualified as “final”. If that was possible, then this would run counter to the preservation of an appropriate allocation of taxing rights: whereas the initially successful activities of a foreign company would be taxed in the foreign country, subsequent loss-making activities would not. Hence, carried forward losses should not be re-qualified as “final losses”.

If questions 1 and 3 are answered in the affirmative, then is the obligation to take account of “final losses” limited in terms of the amount?

Generally, the domestic law is decisive for determining the amount of “final losses”, i.e. the law of the jurisdiction where the “final losses” will be finally deducted (see the CJEU ruling “A”, C-123/11). But the BFH doubts that the freedom of establishment would put the headquarters in a better place than it would have been if the losses could be deducted in the PE’s jurisdiction.

Clarification of the concept of “final losses”

As of the current date, no consultations or oral hearings have been scheduled and so it is expected that this preliminary reference procedure will take a while. Taking into account the BFH’s questions, there is a chance that the CJEU could provide a comprehensive response to the application of the concept of “final losses”. A detailed ruling would help answer currently open questions and eliminate uncertainties for taxpayers. Finally, the CJEU will have the chance to provide a consistent framework for its past jurisprudence, which seems to contradict itself. 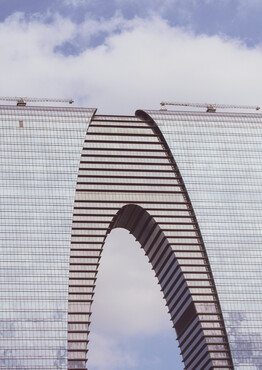