Key Facts
The European Commission has started infringement procedures in several countries of the EU arguing that their levying of withholding tax on investment income received by foreign insurance companies has resulted in an unequal treatment of these companies.

The European Commission has started infringement procedures in several countries of the EU arguing that their levying of withholding tax on investment income received by foreign insurance companies has resulted in an unequal treatment of these companies.

Over the past few months, the European Commission has started infringement procedures in several countries, including Belgium and France, arguing that their levying of withholding tax on investment income received by foreign insurance companies has resulted in an unequal treatment of these companies. The Commission could file cases with the European Court of Justice (ECJ) in the event that these States fail to amend their respective legislation or provide satisfactory explanations.

In October 2020, the European Commission sent a “letter of formal notice” to Belgium stating that the levying of taxation (withholding tax or non-resident corporate income tax) on the gross amount of Belgian sourced investment income received by foreign life insurance companies might, in some instances, be discriminatory.

Belgian sourced investment income received by foreign (life) insurance companies may be subject to withholding tax (WHT) or non-resident corporate income tax in Belgium. For instance, when a Belgian company distributes dividends or pays interest to a foreign insurer, Belgian WHT is prima facie due at a 30% rate, unless domestic or treaty exemptions (or lower rates) apply. This WHT is in principle levied on the gross amount of the dividend or interest income, without the possibility of deducting expenses or losses incurred by the foreign (insurance) company.

A Belgian life insurance company, on the other hand, is subject to corporate income tax on its net income. Specifically regarding unit linked life insurance policies, investment income received within these policies can (in most cases) be (almost entirely) compensated with the expenses related to the formation of technical reserves. Belgian insurance companies can then in principle (and subject to conditions) credit the Belgian withholding tax levied, and have the excess amount reimbursed. Consequently, the final tax base of the income received by a Belgian life insurance company within a unit linked life insurance policy can be very limited, whereas Belgian WHT on dividend and interest income paid to a foreign life insurance company is levied on the gross amount of the income. In addition, the Commission also seems to state that the taxation of Belgian sourced real estate income received by foreign life insurers is discriminatory. Referring to the ECJ cases C-342/10 (Commission vs. Finland) and C-641/17 (College Pension Plan of British Columbia), the Commission considers the higher taxation to be in breach of the free movement of capital.

Finally, and specifically regarding dividend payments made by foreign pension funds, some WHT-exemptions exist under Belgian domestic law. However, the scope of this exemption is quite narrow, and not all foreign pension funds will be entitled to claim the exemption. Belgian pension funds, on the other hand, are in principle subject to corporate income tax, but their tax base will be (very) limited, and Belgian WHT can be credited and reimbursed. This might also lead to a higher taxation of some (specific) foreign funds.

In February 2021, the EU Commission also sent a letter of formal notice to France concerning its withholding tax (WHT) rules on dividends paid to “Unit Linked insurance” companies established in other EEA Member States. Unit Linked insurance is a live insurance scheme where the premiums paid by the policy-holder are used to purchase units in investment funds selected by that person. The dividends paid out by the funds are passed on by the insurer to the policy-holder.

On the one hand, French dividends received by Unit Linked insurance companies established in EEA Member States are subject to a final withholding tax.

Indeed, as a rule, French-sourced dividends received by a foreign company are subject to a 30 % French WHT (28% in 2021), which can be reduced to 15% subject to the applicability of a tax treaty. The rate is applied to the gross amount of distributed income.

On the other hand, these same insurance companies established in France are not required to pay WHT on the dividends received. According to the EU Commission, they can also “credit the WHT paid against French corporation tax (which amounts to zero). This is due to the fact that the dividends received constitute deductible provisions or technical reserves.”

For the EU Commission, these rules are discriminatory and infringe the free movement of capital (Article 63(1) of the TFEU and Article 40 of the EEA Agreement).

In France, the tax result of life insurance companies is determined after the tax-deduction of provisions/reserves (“provisions mathématiques”, “provisions pour participation aux bénéfices”, “provision globale de gestion”) in order to take into account the commitments made to policy-holders.

The question of whether the incompatibility of withholding taxes on gross income can introduce a difference in treatment between resident and non-resident companies has already arisen in France in connection with Article 182 B of the French Tax Code. This provision introduces a WHT on income paid by a debtor who carries out services in France to companies (or individuals) who do not have a permanent place of business in France.

Subject to the responses from other French courts and general follow-up to the case, we recommend foreign life insurance companies assess their tax position. As a reminder, the deadline for submitting a claim to the French tax administration for WHT purposes expires on 31 December of the second year following the year of payment of the WHT.

Please contact your advisor within the WTS Global network if you would like more information on these topics. 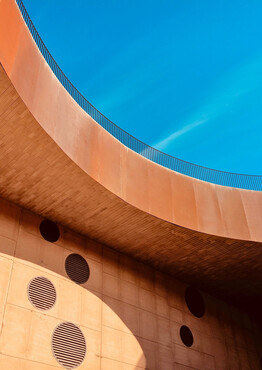