The new board, elected by the WTS Global General Assembly, consists of 10 board directors from 4 continents: two from the Americas, two from Asia Pacific and India, one from Africa, two from Europe, and three from Germany as the founding member.

With this high-caliber board of senior directors, WTS Global continues to internationalize and further build a robust and diverse governance structure. The declared strategic mission is to be recognized as the leading tax organization worldwide. Against this background, all board directors are committed to building the tax firm of the future. Each of the directors will take on a dedicated and active role within the organization subject to regular review.

All board members act as a representative of his/her constituency to ensure close communication and a high degree of involvement between the global level and the regions.

The principal function of the board is supervisory, whilst all day to day operations are the responsibility of the CEO, Wim Wuyts and his dedicated senior Global Executive Team (GET).

The board is comprised of both continuing and new board directors to ensure that existing experience and know-how can be passed on, whilst at the same time allowing for new perspectives and fresh ideas to help the organization further grow and improve:

Fritz Esterer, Chairman of the Board

Fritz Esterer has been CEO of WTS Germany since 2009. Under his leadership, the company grew to more than 1200 employees. From the early days he was convinced of the necessity to build a strong global network and was ready to heavily invest into it. Prior to joining WTS, Fritz Esterer was Global Head of Siemens AG for almost 15 years. He is a driver of digitization within the tax landscape. Fritz Esterer is extremely well-connected with the C-suites of German multinational companies.

Benedicta Du-Baladad is Founding Partner and CEO of BDB Law in the Philippines. Her firm was founded 11 years ago and counts the most prestigious companies, organizations and individuals as its clients. Her firm has been repeatedly ranked as tier 1 in relevant global tax guides.

Jorge Espinosa is Founding and Managing Partner of EGB Abogados in Chile with more than 30 years of experience in International Corporate Tax. In addition to his advisory work, Jorge is a tax law professor at leading Chilean universities. In his board function he represents our exclusive network partner LATAXNET, covering 17 tax and law firms in Latin America.

Edward Mwachinga is Founding Partner of Viva Africa / WTS Kenya with specialization in International Corporate Tax. He is highly reputed beyond the borders of Kenya and has served as an advisor to the East African Community. Within WTS Global, he is also Global Head of Africa where WTS Global is represented in 35 countries including Lusophone and Francophone countries.

Bernard Peeters is a Corporate Tax Partner at Tiberghien in Belgium and Luxembourg, a highly regarded tax law firm in the Benelux, whose roots go back to the founder Albert Tiberghien who wrote tax history. Bernard Peeters lectures at the University of Brussels (VUB) on international and European tax law and was appointed as Deputy judge of the Antwerp Court of Appeal in 2011 where he assists the Court in international tax cases. He was recently also appointed for Belgium as independent person of standing in the framework of the recent European directive on tax dispute resolution mechanisms.

Ajay is a Co-Founder, Partner and Member of the Executive Committee at Dhruva Advisors in India which was founded in India in 2014. Today the fast growing firm comprises over 300 professionals in India and the Middle East and received the accolade of India Tax Firm of the year by ITR for four consecutive years. Ajay’s focus lies in Corporate Tax, International Corporate Tax and Transfer Pricing.

Magdalena is Founding Partner of WTS & Saja in Poland which she set up in 2004 and now counts more than 40 professionals amongst its workforce. Before Magdalena set up her own company she was Partner for many years at one of the Big 4 in Poland. She specializes in tax planning, restructuring, and M&A. Her main focus lies with tax litigation. Before becoming a board member, she was a member of the network's Financial Committee and Quality Risk Management Team.

Jürgen Scholz has only recently been appointed as member of the board within WTS Germany. Besides his passionate work for international clients, he developed WTS’ Global Indirect Tax Service Line into a preeminent practice globally, recognized inter alia as Best Indirect Tax Firm in Europe for three consecutive years (2017-2019) and as Americas Indirect Tax Firm of the year 2019 by ITR. He brings along in-house experience from a highly reputed (investment) bank and from the international organization of a Big 4. Jürgen is regularly acknowledged as a leading tax practitioner in Germany by several journals.

Jared Walls is a Founding Partner of the Valentiam Group, a dedicated Transfer Pricing and Valuation firm headquartered in the US. Jared has advised clients on transfer pricing and valuation matters in the US and Europe since 2003. Prior to the formation of Valentiam, he worked for a Big 4 firm in Madrid, where led the economic analysis and technical research and development divisions of the firm’s Spanish transfer pricing practice. Jared is also Co-Head of the Global Transfer Pricing Service Line. He has been consistently recognized as a leading transfer pricing practitioner in the US by several industry awards publications.

With the tax landscape currently being in major transition, I am convinced that with this high-caliber and entrusted team of board directors, WTS Global is ideally positioned to be the trusted tax advisor for multinational companies all over the world, be that in tax advisory, tax compliance or tax technology.

With representation in over 100 countries, WTS Global has already grown to a leadership position as a global tax practice offering the full range of tax services and aspires to become the preeminent non-audit tax practice worldwide. WTS Global deliberately refrains from conducting annual audits in order to avoid any conflicts of interest and to be the long-term trusted advisor for its international clients. Clients of WTS Global include multinational companies, international mid-size companies as well as private clients and family offices.

The member firms of WTS Global are carefully selected through stringent quality reviews. They are strong local players in their home market who are united by the ambition of building a truly global practice that develops the tax leaders of the future and anticipates the new digital tax world. 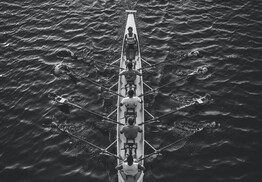