What is Artificial Intelligence?

Technology evolves in the void between demand for solutions to serious problems and the supply of new possible actions based on ingenious technical ideas. It generally takes a certain amount of time for the potential of a new technology to be fully developed. Whilst the technical development advances, public attention is simultaneously drawn to the new technology, which often reaches a maturity phase after initially exaggerated expectations, possible setbacks and disappointments.

The birth of artificial intelligence

The 1956 “Dartmouth Summer Research Project on Artificial Intelligence” is generally regarded as being the birth of artificial intelligence. Figure 1 shows the public awareness of artificial intelligence by means of hits in a leading economic database. The first peak came in the late 1980s, which can be explained by the victory of Deep Blue, a computer developed by IBM, in a chess match against the reigning world champion Garry Kasparov. A second peak can be seen in 2001: in this year, not only did Steven Spielberg’s Hollywood blockbuster “A.I. – Artificial Intelligence” hit the big screen, but Prof. Wolfgang Wahlster, the CEO and Scientific Director of the DFKI, also won the German Future Prize for his project “Computer Language Processing for Dialogue and Translation Assistants”, which was presented to him by former German President Johannes Rau. A glance at the winner’s explanatory video, which is now over 15 years old, is an impressive testimony of how long the journey from innovative research ideas to first demonstrators and prototypes and finally to marketable products and services can be (video publicly available at: http://www. deutscher-zukunftspreis. de/de/nominierte/2001/team-4). 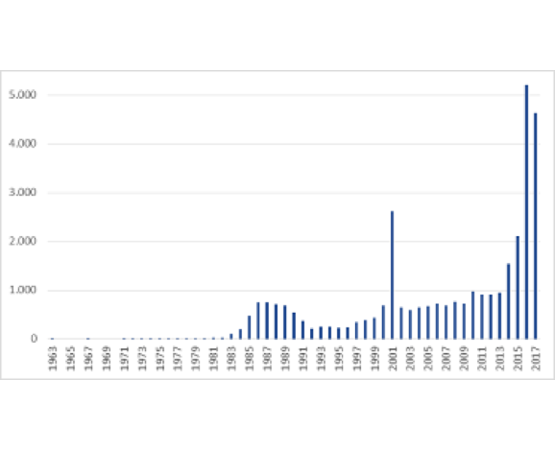 Accompanying the victory of AlphaGo, a computer program developed by Google DeepMind which has beaten leading champions of the game “Go”, is a third wave of public attention to artificial intelligence that significantly exceeds the previous two waves in terms of strength. Presumably, the enormous public attention can, at least in part, be explained by a current fashion trend, but nevertheless the long-term course of the curve shows a clear and stable upward trend.

Digitisation as a key prerequisite for artificial intelligence

Current developments in the field of artificial intelligence are accompanied by digitisation. High-performance memory, processors and networks are available at an affordable price, which means that machines can capture, digitally process and use more than just selected, highly structured data. Indeed, in addition to structured data, texts, pictures, photos, videos, music, language and much more are made more accessible by machine. In other words, all information about the outside world that a person can perceive with his or her senses can be detected digitally using sensors. Digitisation therefore forms a key prerequisite for the use of artificial intelligence.

IT systems as smart machines

In addition to digitally recording the environment, machines can increasingly directly manipulate their environment via actuators. IT systems should therefore not only be understood as automation machines, but also as smart machines. Smart machines offer people a wide range of assistance services; they are able to carry out highly complex tasks completely autonomously, which will significantly change everyday and work life. One such example is autonomously driven vehicles for children, the elderly, and people with limited physical or mental abilities.

What does the future hold?

It remains to be seen which applications will be available in the future. Understanding and estimating the potential of new technologies is inherently difficult and prone to errors.You only have to think about famous misinterpretations which multiple sources attribute to people who should really have known “better”:

When is a machine intelligent?

Early research attempted to characterise artificial intelligence by means of the framework defined by Alan Turing (known as the “Turing test”). According to the Turing test, a machine is to be described as intelligent if a human questioner cannot reliably determine whether answers to skilfully formulated questions come from a machine or another person.Machines can only pass the Turing test if, as a minimum, the following conditions are met:

As plausible as this test is, it has nevertheless frequently been criticised for good reasons. For example, it focuses on linguistic actions; extra-linguistic actions such as cooking, making music, dancing, mourning, consoling, etc. and the creativity, interactivity and emotionality associated with such actions are simply overlooked. On the other hand, current research assumes that intelligence, in addition to cognitive facets, also encompasses sensory, emotional, and social facets.

The complexity of artificial intelligence is also reflected in the central research objectives that have been pursued over time. When research began, the development of a universal problem solving machine (“general problem solver”), which would be able to resolve all problems autonomously, was the focus of attention. Current research objectives are, however, much more specific and focused. Relevant applications and related technologies are:

The respective research efforts are characterised by the use of very specific methods and technologies for the automated solving of clearly defined tasks. Even if individual protagonists propagate the creation of a “super-intelligence”, the declared goal of a variety of research efforts is not to build a modern homunculus. Rather, smart machines are specifically intended to support human actions. The purpose of the machine is precisely to achieve this goal/means relationship rather than a value in its own right.

On the other hand, there is debate as to whether machines can have intelligence at all. Answers to these questions depend not only on technical performance characteristics, but also on philosophical and epistemological hypotheses. For example, a distinction is made between hard and soft research on artificial intelligence. According to protagonists of hard research, machines are functionally equivalent to humans, while according to protagonists of soft research, machines only simulate the performance of mankind. Parts of this discussion are similar to the question of whether planes really fly or whether their flying is artificial. While aircraft indisputably simulate the flying of birds, polemic discussions are held on the performance potentials of machines.

The debate about the fundamental possibilities of artificial intelligence is superimposed on the observation that artificial intelligence technologies can have both positive and negative effects. In principle, this dilemma applies to all technologies. Even in the early days, hand axes were not only used for cutting, but also for killing. Nowadays, cars are one of the main forms of transport, but they can also serve as a murder weapon. The goal, therefore, cannot be to stop artificial intelligence, but to identify and, if necessary, to prevent concrete abuses of it. In particular, it is clear that if a national economy closes itself off to a technology, in a globalised world others will exploit the potentials associated with that technology. 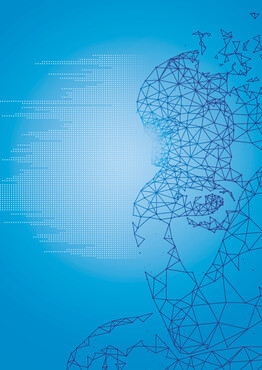 The study is identifying key AI technologies which can be used to aid and automate both basic services and more sophisticated tax activities. These key technologies are also being examined and evaluated in terms of their technical maturity and economic impact. 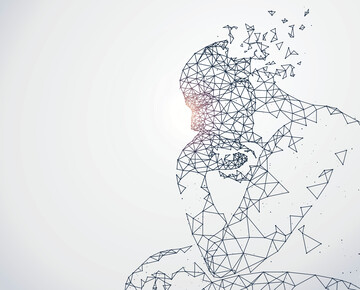 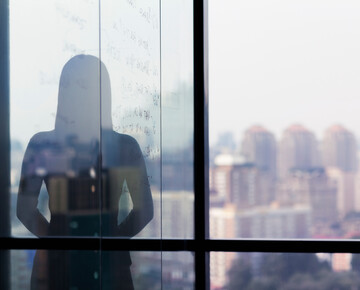 Digitization: Opportunities and challenges for the tax department
read more