On 18 May 2021, the European Commission (“EC”) published its long-awaited Communication on Business Taxation for the 21st Century (the “Communication”).

Key Facts
On 18 May 2021, the European Commission (“EC”) published its long-awaited Communication on Business Taxation for the 21st Century (the “Communication”).
The Communication to the European Parliament and Council provides a roadmap with short-term and long-term initiatives for addressing perceived problems in business taxation in the European Union (“EU”).

On 18 May 2021, the European Commission (“EC”) published its long-awaited Communication on Business Taxation for the 21st Century (the “Communication”). The Communication to the European Parliament and Council provides a roadmap with short-term and long-term initiatives for addressing perceived problems in business taxation in the European Union (“EU”).

The Communication, which is part of a wider EU tax reform agenda, is highly ambitious and shows that the EC in no way intends to slow down its efforts of creating a more level-playing field within the EU, increasing its own influence and authority, and tightening the corporate tax environment along the way.

The Commission states that there is a widespread consensus that the fundamental concepts of the international tax system like ‘tax residence’ and ‘source’ are outdated. The current international tax system is unfit to cope with businesses that carry out activities without maintaining physical presence in states i.e. the digitalization of the economy.
This has resulted in states seeking to safeguard their tax bases by imposing specific measures against tax avoidance and evasion. In turn, this has increased the tax system’s complexity.

The EC will publish the following proposals by July 2021, which are all aimed at generating new own resources for the EU to finance its budget:

In addition, the Communication presents a plan for a new framework for business taxation in the EU, along the lines of five short-term and long-term proposals:

Alongside the Communication, the EC has recommended Member States allow loss carry-back for businesses to at least the previous fiscal year. This would allow businesses to set-off 2020 and 2021 losses with earlier profits, with a recommended cap of €3 million per loss-making year. It is up to the Member States themselves to determine whether they follow this recommendation.

Finally, the EC recommends that Member States set their domestic corporate income tax rates, which will remain a national competence in the EU, above the minimum levels to be agreed under Pillar Two.

From 4 March 2020 to 1 April 2020, the EC sought input from stakeholders on reforming the EU business taxation system to ensure it remains appropriate for the modern economy. The resulting Communication has since been delayed multiple times, most likely due to the pandemic and changes in EU business taxation policy in the past year. The Communication states that the substance of the international discussions on the reallocation of taxing rights and minimum effective taxation will influence the shape of the EU business tax agenda going forward, regardless of whether a concrete global agreement is reached.

The Communication essentially consists of two blocks of proposed measures. The first block is aimed at generating own resources to finance the EU budget. The second block is a roadmap comprising short-term and long-term proposed measures aimed at implementing the OECD agreement (Pillar One and Pillar Two) supplemented by additional measures that go beyond the OECD agreement.

3. Financing the EU’s own budget

The EC will propose new and reformed pricing mechanisms to support EU climate objectives (a reduction of emissions by 55% by 2030 and climate neutrality by 2050), notably the CBAM. The CBAM aims to ensure that the price of imports reflect their carbon content more accurately, if third countries do not have similarly ambitious climate policies in place. The Communication states that CBAM will be compatible with WTO and other international obligations.

The 2018 proposals on a Digital Services Tax and a Significant Digital Presence will be withdrawn and a new digital levy will be introduced. The new digital levy will be designed in such a way that it is independent of Pillar One and is compatible with WTO and other international obligations. After its establishment, it will coexist with the Pillar One proposal, once the latter is ratified and transposed in EU law through a proposed new EU Directive (see below).

Finally, the EC may propose additional new own resources, potentially in the form of a Financial Transaction Tax and an own resource linked to the corporate sector.

The EC has called upon the Member States that the progress at EU level should be complemented by supporting national action in areas where the Member States may be best placed to judge the needs of their economy and society (or where the EC currently lacks authority). In this context, the EC recommends setting the domestic EU corporate tax rate above the minimum rates to be agreed upon internationally.

The Communication further sets out the EC’s agenda on measures in the area of business taxation in both the short and longer term.

BEPS 2.0: The EC proposes implementing Pillar One and Pillar Two – once global agreement has been reached – into EU Directives, which, if adopted unanimously – are binding on the Member States. The EC seems positive about the US proposal to simplify Pillar One by making it applicable to the largest multinationals and all types of businesses, rather than only to businesses that sell automated digital services or consumer-facing businesses. Existing and pending EU initiatives will need to be amended to take into account Pillar Two (the ATAD, the Interest & Royalty Directive and the EU list of non-cooperative jurisdictions).

Action 1: A legislative proposal for the annual publication of effective tax rates paid by large companies operating in the EU, based on the methodology agreed upon for determining the Pillar Two calculations (by 2022). This new proposal would supplement the public country-by-country reporting proposal that is being considered in the EU, which would require companies to publish information for every country they operate in.

Action 2: A legislative proposal – likely to be in the form of an amendment of the ATAD Directive, i.e. ATAD 3 – targeting shell/conduit companies set up for tax purposes (by Q4 2021). The proposal would include measures such as information sharing with tax authorities on the level of substance and economic activity, denying certain tax benefits for abusive shell/conduit companies, and further monitoring and tax transparency requirements. The EC also intends to take further steps to prevent royalty and interest payments leaving the EU without taxation. No further details or guidance on these rules have been made available yet.

Action 3: Together with the Communication, the EC has issued a non-binding recommendation (in a Q&A accompanying the Communication), in which it recommends that Member States allow for the carry-back of losses to at least the previous tax year. This means that companies would be allowed to offset their 2020 and 2021 losses against taxed paid before 2020. A cap of €3 million per loss-making fiscal year has been suggested.

Action 4: A legislative proposal creating a Debt Equity Bias Reduction Allowance (“DEBRA”) (by Q1 2022). This proposal should address the debt-equity bias in corporate taxation, via an allowance system for equity financing, thus contributing to the re-equitization of financially-vulnerable companies, flanked by anti-abuse measures.

Action 5: The pending proposals for a CCCTB will be withdrawn. Instead, the EU Commission will propose a new framework under BEFIT. BEFIT will be a single corporate tax rulebook for the EU, based on the key features of a common tax base and the allocation of profits between the Member States based on a formula (formulary apportionment).
BEFIT will consolidate the profits of the EU members of a multinational group into a single tax base, which will then be allocated to Member States using a formula, to be taxed at national corporate income tax rates. The formula will consider sales by destination, to reflect the importance of the market where a multinational group does business, as well as how assets (including intangibles) and labour (personnel and salaries) should be reflected, to approximate a supposedly fair distribution of corporate tax revenue across Member States with different economic profiles.
The use of a formula to allocate profits would thus remove the need for the application of complex transfer pricing rules within the EU for the companies within scope (most likely to be large multinationals).

Whilst BEFIT seems to be based on largely similar principles as the previous CCCTB proposal, it aims to incorporate changes that have occurred since then by building on the tax bases agreements of Pillar Two and improving the allocation formula (in particular by taking better account of digitalization). The CCCTB, even in its slimmed-down version without the consolidation, was heavily scrutinized and remained ‘a bridge too far’ for most Member States. It remains to be seen whether the revised tax base and revised formulary apportionment, together with the changes in the economic and political landscape, will result in the required (unanimous) support for BEFIT.

The EC has justified its views by referring to the ongoing social trends like the COVID-19 pandemic, population ageing, climate change and the transformation of the labour market. In light of these trends, it would like to ensure adequate public revenues over the coming years.

Whether and when these proposals will be adopted remains to be seen. There is no legal value in the EC’s Communication. Nevertheless, it clearly shows the EC’s emerging agenda.

Since the Member States have taken little action, the EC sees wiggle-room for its own initiatives. It is quite remarkable that it does so in an area such as taxation, which in principle requires unanimity among all 27 Member States. It raises the question of whether the EC is (more than ever) toying with the idea of discarding this unanimity in favour of a special majority. It is clear that this Communication will lead to discussions among the Member States. 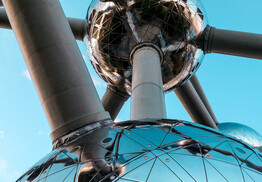 Germany’s highest tax court, the Bundesfinanzhof (BFH), has filed a preliminary ruling request to the Court of Justice of the EU (CJEU). The request comprises five questions relating to the concept of “final losses”. 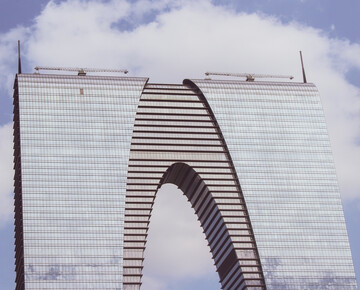 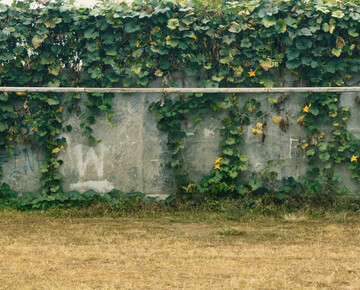