Key Facts
The Austrian Federal Fiscal Court recently issued a new decision (BFG 26.08.2021, RV/4100568/2016) on the reservation of dividends in the course of a share deal.
Main issue was the qualification of the dividend reserved for the seller as a tax-exempt profit distribution (Section 10 öKStG) or as a taxable capital gain from disposal of shares.
The court assumed a tax-exempt profit distribution
In addition, the BFG made several relevant statements regarding the transfer of beneficial ownership of the shares in the case of share deals.
This court decision has significant implications for SPA drafting in M&A practice.
Author

A share deal is a form of an M&A transaction where shares in a target company (e.g. GmbH, AG) transfer from seller to buyer. In contrast to an asset deal, the buyer does not acquire the company itself (i.e. the individual assets and liabilities) through singular succession, but rather the shares in the company. From an economic point of view, in context of share deals regularly the question comes up whether distributable profits should also transfer to buyer or whether the seller (to the extent permitted under company law) should distribute profits before the shares are transferred and, then, sell the shares at a lower sales price. In M&A practice, parties regularly agree on a so-called dividend reservation in favor of the seller according to which the seller is still entitled to receive a dividend after the disposal of the hares.

From an Austrian tax perspective, it is decisive whether such a dividend reserved for the seller qualifies as a distribution of profits or, from an economic perspective, as a purchase price component. This question is particularly relevant in case the seller is a corporation. This is because a profit distribution generally falls under the participation exemption pursuant to Sec. 10 öKStG whereas a capital gain from the sale of shares in an Austrian corporation – contrary e.g. to German tax law – is fully subject to corporate income tax at the rate of 25%.

a)    Facts of the case and question at hand

The court decision was based on the following facts: On March 19, 2011, a share purchase agreement ("SPA") was concluded regarding the sale of all shares in J-GmbH ("Signing"). In this context, parties agreed e.g.as follows:

With company resolution of March 28, 2011 (i.e. between signing and closing date), the distribution of the profits of around € 1,000,000 in favor of the seller was agreed.

While the tax office held the opinion that the distribution qualifies as a taxable part of the purchase price from an economic point of view, the selling company considered the dividend as a tax-free profit distribution.

b)    Profit Distribution vs. Gain from Disposal of Shares

According to the Federal Fiscal Court, the decisive element is the economic ownership over the shares at the time of the resolution on the distribution. If the seller still is economic owner of the shares at the time the dividend resolution, then the seller generally is also still entitled to receive profit distributions. On the other hand, if the dividend distributions are no longer attributable to the seller for tax purposes (based on the general principles on the attribution of income, e.g. because the buyer already exercises the voting rights), such dividends to the seller do not qualify as (tax-free) profit distribution and, but rather are to be regarded as part of the purchase price. The moment of the effective payment of the dividends, on the other hand, is not relevant in this respect.

According to the Federal Fiscal Court, in the case at hand, the transfer of economic ownership of the shares only took place at the closing date. This also corresponds with the transfer of ownership of the shares under civil law. In certain cases, economic ownership and ownership under civil law may not correspond, but such circumstances would be only exceptional. Such circumstances e.g. might occur if an owner other than the civil law owner was in a position to freely dispose over the shares in a similar manner like the civil law owner. In particular the rights of use, consumption, modification, encumbrance and sale, as well as the right to exclude third parties from interfering with the dealings of the company would be relevant in this respect. However, given that the parties concluded the SPA subject to conditions precedent and the buyer did not have the possibility to freely dispose over the shares before the closing, buyer did not get economic ownership prior to closing in the case at hand.

If the sale of the share (i.e. the transfer of economic ownership) takes place at a time where the company's annual financial statements have already been prepared and the profit distribution has already been resolved, such reserved profit distributions are not considered a part of the purchase price, but rather a tax-exempt dividend distribution under Sec. 10 öKStG. This was the case in the situation at hand.

However, one might still assume a transfer of economic ownership in the shares prior to closing under certain circumstances. This would for example be the case if the buyer can already dispose over the shares like a civil-law owner prior to the closing (e.g. if the buyer can sell the shares, exercise voting rights or influence the business operations of the company without significant restrictions). Hence, these factors for the transfer of beneficial ownership in the course of share deals should be taken into account when drafting contracts for M&A transactions. 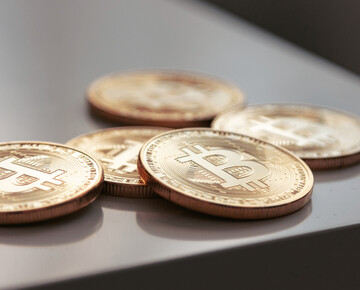