Digitalization of tax law and tightening of WHT process

Germany keeps pursuing the route towards tax transparency and digitalization of tax law, just like several other EU member states. In addition, a tightening of the possibility to reclaim German WHT, e.g. by fund vehicles, is on the way.

The international financial services industry, including mutual, hedge and private equity funds, ought to prepare.

One of the next steps recently announced by the German government, presented in the form of a draft bill and declared as motivated by the tax fraud prevention strategy, is related to German WHT on dividends.

The draft bill effectively aims at a complete overhaul of the German WHT system. The revised process is not limited to the retroactive WHT reclaim procedure as such, it also covers the stage of the original deduction of German WHT by the German paying agent of the dividend.

The revised rules also target mutual, hedge and private equity funds suffering German WHT on dividend income and their (often) multi-tiered custodians. Thus, the draft bill will have an – at least: operational tax – impact on the administrators and custody banks of international fund vehicles.

The plan is to enhance tax transparency via centrally collecting tax relevant data in combination with the digitalization of the WHT deduction and the refund process. The implementation of additional reporting obligations for WHT payers as well as parties involved in the process of distributing capital income and levying WHT, such as custodians or clearing houses, is generally in line with international developments such as the EU’s Anti Tax Avoidance Directive, the implementation of DAC6 (soon to be followed by DAC7) and the OECD’s Inclusive Framework on Pillar One and Two.

The draft bill has entered the parliamentary process; the specific rules described above are intended to become effective in 2024.

Without going into the detail of the 180-degree-turn in German WHT policy, we would like to highlight the following:

Besides the medium-term development depicted above, there is a further noteworthy development, which will be implemented soon, so the expectation.

At present, foreign (incorporated) investment funds are exempt from specific German national anti-treaty-shopping (LOB) rules, according to which - in a nutshell - the applicability of a treaty benefit is rejected, if the beneficial owner of the entity claiming the benefit is not entitled to the benefit himself and if the relevant income is not related to an own economic activity of the entity. These current rules have come under scrutiny by the European Court of Justice.

In the future, based on the draft bill, the current exemption applicable to non-German investment funds shall be deleted. Thus, if a fund vehicle will seek WHT relief under a DTT to less than the rate of 15%, the new anti-treaty-shopping rules will gain importance.

The good news is that many foreign investment funds qualify for and have already received the so-called Statusbescheinigung (acc. to § 7 Abs. 1 InvStG), to be passed to the German paying agent of the dividend. The effect of the named certificate is a reduction of the German WHT at source from the standard national rate of 26,375% to 15%.

In our last client letter (# 19-2021), we introduced the impact of the European Court of Justice case C-641/17 - “College Pension Plan of British Columbia” (CPP case, covering the years 2007-2010), according to which a tax rule preventing a Canadian pension fund from reclaiming WHT on German dividends is contrary to the free movement of capital because a resident pension fund is allowed to credit / receive a reimbursement of such WHT. The specialty of the CPP case is the look-through-approach applied by the CJEU: the Canadian pension fund did not invest directly into German equity assets, but via a pooled investment portfolio. The CJEU disregarded this fund structure in the context of determining the comparability.

In our last client letter, we described the possible impact of this look-through-approach for pension funds on WHT reclaims based on a discriminatory treatment in different EU jurisdictions.

As a follow-up, we would like to emphasize the importance of the timing aspect for WHT reclaims based on the CPP case in Germany, in comparison to WHT reclaims based on other CJEU cases applicable to investment funds, such as C-480/16 - Fidelity Funds and C-156/17 - Koeln Aktienfonds Deka - (“Investment Fund Reclaims”).

The discriminatory treatment of non-German investment funds with regards to WHT ended with effect from 1 January 2018; Investment Fund Reclaims for WHT suffered on German dividends in 2017 can be filed until December 2021.

Thus, reclaims for WHT suffered on German dividends based on the CPP case can be filed not only for the year 2017 but also for subsequent years. As the general statute of limitations in Germany is 4 years, for example, a claim for the refund of WHT suffered in 2018 can be filed until the end of December 2022. 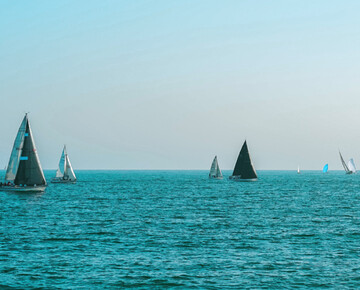