It is our pleasure to present you with the latest edition of the WTS Global Customs newsletter.

We are all experiencing the weakening of the global economy, with increasing prices and rather pessimistic forecasts for almost everywhere in the world. For this reason, customs topics become increasingly important as (savings) opportunities in global trade should be higher on companies´ agendas. At the same time, compliance with the rules must not lose its traction.

That said, our colleagues from across the global network have given examples of exactly these opportunities.

In Brazil, the government has approved a law intended to strengthen the economy, in particular the manufacturing industry, by extending the application of the drawback customs regime. This regime allows for the suspension of various levies for imported goods that are used for the manufacturing of products that will be re-exported again. With the new law, certain services can be included in the regime that will lower the costs for companies and hopefully strengthen the economy.

In China, customs have issued a notice relaxing the rules concerning voluntary disclosure for companies that have breached the law. While our colleagues point out the - of course - positive aspects of this development, they also point out that this is a temporary situation. Affected companies should take note of this particular aspect.

Paolo Dragone of WTS R&A Italy also writes about a situation where a company infringed the law by underpaying duties following the misclassification of the imported good. The positive aspect of the Italian Supreme Court’s decision is that the fine to be paid was limited. Hopefully, this decision will have a positive effect on similar cases in Italy in the future.

In the UK, the new Customs Declaration Service (CDS) was planned to be mandatorily used from 1 October 2022. Arjen Odems gives an overview of some of CDS’s key features, explains why the mandatory applicability was postponed, and, above all, states that CDS is much better than the old CHIEF system.

As you may know, in the US, the First Sale For Export (FSFE), which was abolished in the EU some years ago, still applies. Now the Court of Appeals for the Federal Circuit has ruled that the FSFE applies for the non-market economy (NME), which strengthens the FSFE principle again.

Finally, in Germany, the Federal Fiscal Court in September 2022 published its judgment in the famous Hamamatsu case and has given some very interesting statements in the field of customs valuation. It will be interesting to see how this judgment will influence the world of customs for intra company transactions where a margin-based transfer price is used.

As you can see, we have yet again compiled court decisions, legal and technical developments for you, and we trust that they are interesting for you.

With this newsletter, we inform multinational companies on current developments in the field of customs. 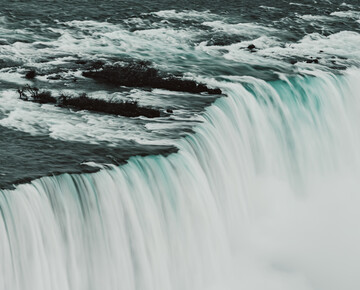