On 25 May 2018 the council of the European Union adopted the Directive 2018/822/EU on the mandatory disclosure and exchange of cross-border tax arrangements, better known as DAC 6. The member states need to implement the Directive into domestic tax law until 1 January 2020. In a nutshell: The new rules will impose immense and administrative burdensome reporting obligations on companies with respect to (cross-border) tax arrangements.

In Germany, on 27 September 2019 an official draft law was finally published. The scope of the German draft law (Hallmarks, covered taxes) is mainly in line with the DAC6 directive. The good news is that the draft law does not contain a reporting obligation for pure domestic tax arrangements anymore as it was included in the first unofficial draft law. Nevertheless, it needs to be seen whether the pure domestic reporting obligation will be introduced in a separate legislative process in the future.

So far, only Hungary, Lithuania, Poland and Slovenia have implemented DAC6 into their domestic tax law. In some countries, the scope of the local implementation of DAC 6 is wider compared to the EU-Directive. Poland for example introduced a reporting obligation for pure domestic tax arrangements (as well as Sweden) and has also extended the scope of affected taxes (as well as Portugal). Only Belgium, Bulgaria, Croatia, Greece, Ireland, Malta and Romania have not published EU-draft legislation yet.

Some of the member states proposed drastic fines for a failure in reporting. In Poland for instance any failure to meet a reporting obligation may be subject to a fine of up to PLN 21,6 million (approximately EUR 5 million).

Therefore, there is an urgent need for companies to set up a DAC6 compliance process in the jurisdictions of their presence right now. The first step could be an impact analysis. In such an impact analysis all relevant DAC6 tax transactions and the respective hallmarks within a company will be identified and documented. Furthermore, processes that potentially trigger reporting obligations will be identified. Once all relevant DAC6 transactions and critical processes are identified, a tailored best practice DAC6 compliance process needs to be developed that could optionally include an IT Tool such as the WTS/AMANA DAC6manager. Once a decision for a suitable DAC6 compliance process is made, the process would be documented with all risks and future controls. The WTS/AMANA DAC6manager will be set up and a potentially existing TAX CMS would be adjusted for DAC6 issues. To ensure compliance, trainings regarding DAC6 and the IT Tool should be conducted.

With our IT Tool, the WTS DAC6manager, you can evaluate with guided questionnaires whether a tax arrangement needs to be reported. 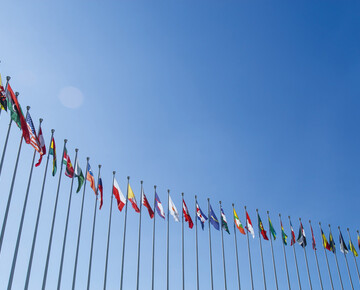